Back in 2013 Prime Minister Robert Fico said that Slovakia was not built for minorities. Now his third government's programme statement considers the support of such people as a natural mission, but with few specific measures proposed, civil society groups are sceptical.

“The government is again using terminology such as: support, pass or increase,” Laco Oravec of the Milan Šimečka Foundation (NMŠ) told the Slovak Spectator, “the words which cannot be measured and it is hard to evaluate them after couple of years.”

Centre for Cultural and Ethnicity Studies  (CVEK) pointed out that whole agenda of human rights is split among several offices which could even block the competences of one another.

Further, the government completely ignores LGBTI community despite the fact that Slovak acceptance of this community is among the lowest in EU, according to Otherness Initiative, an organisation supporting LGBTI rights.

According to the programme statement, Ravasz will deal with Roma agenda together with economist Anton Marcinčin, the government’s proxy for support to the least developed districts. The problem is that the latter could attempt to take some programs funded by EU from Ravasz, according to Jarmila Lajčáková of CVEK.

“Some tensions could occur between the two,” Lajčáková told The Slovak Spectator. 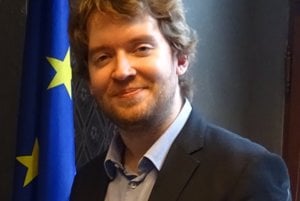 However, a better solution would be to re-establish the post of deputy prime minister for human rights and minorities, with extended powers, according to Kálmán Petőcz who is the head of the Helsinki Committee for Human Rights in Slovakia.

He pointed out that government's Council for Human Rights is currently under the Justice Ministry, Bukovszký is under the government’s office while Ravasz’s office is connected with Interior Ministry.

“It seems to me chaotic and unreasonable,” Petőcz told The Slovak Spectator.

When it comes to Roma, the government focused particularly on social and education area. It also stated that it wants to continue successful programmes such as Healthy Communities program or program of self-made houses running in Roma settlements.

To deal with poverty the government wants to fight usury by introducing a personal bankruptcy institute. It also wants to give support those projects which will bring work to marginalised communities with high unemployment rate.

On the other hand, the government wants enact stricter conditions to qualify for state welfare even further. Since 2014, basic material-need welfare benefits varied from €61.60 to €216.10 per month depending on number and age of household members. Changes have already seen it decrease by €61.60 per month for every adult household member able to work who declines to participate in minor works or community service projects organised by the municipality or alternatively volunteer for at least 32 hours per month.

“The government intends to make already strict legislation to be even more strict,” Oravec said. “There is intention to punish people who are not behaving as they would like even more.”

In the education sector, the government wants to improve the pre-school education of Roma from marginalised communities. It also plans to increase the number of teachers’ assistants who help them to deal with pupils from segregated communities. Responding to the continued practice of placing inappropriate high number of Roma children in special schools, the government wants to improve testing of childrens’ mental condition.

Some of presented measures are positive but the government’s document is not addressing the main problems and does not have ambition to reform education system in Slovakia, according to Lajčáková. For example, it is not dealing with segregation of Roma from their childhood which makes them unemployed adults few years later. 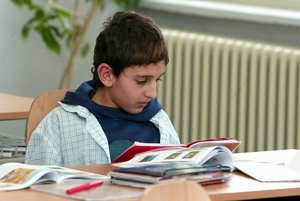 “When you see how smart children who could study at good schools are ill prepared because they had poor education at segregated schools it is a big tragedy,” Lajčáková said.

The government also wants to create a fund for financing culture of minorities and improving the observing of legislation on language use of minorities. Additionally, the teaching methodology of Slovak language at minorities’ schools should change so children who do not have Slovak as their mother tongue can learn it better. The last measure is to cancel the threshold of the minimum number of students which a school must have for its existence in regions with mixed nationalities.

Some of those points are clearly Most-Híd pre-election promises targeted at the Hungarian minority in Slovakia, according to Lajčáková.

When it comes to refugees the government addressed them only as foreign policy issue willing to support constructive ideas at EU level. It however says nothing about domestic policies towards their integration or integration of other foreigners.

Moreover, the manifesto lacks measures to improve lives of the disabled except for a single mention of improvements concerning public transportation stations.

The document also sparked angry reaction from the LGBTI community which is not mentioned in the document. The Otherness Initiative pointed out that state has still not introduced any official recognition of same-sex partnerships and is not dealing with practical problems.

“Their [LGBTI people ] ignorance is beyond all understanding especially because it can be solved by one single law contrary to other economic and social problems,” Martin Macko of the initiative wrote in a press release.