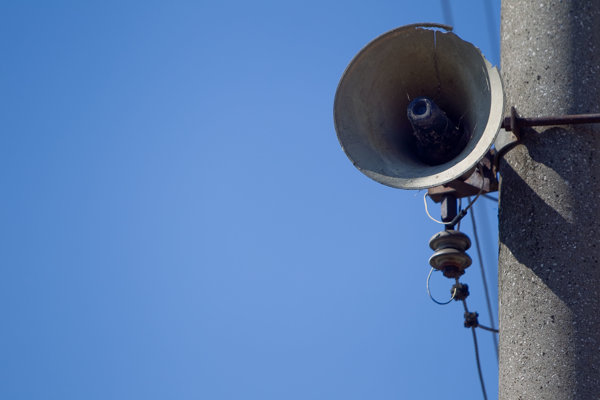 A local radio played the song titled “Rež a rúbaj do krve” (Cut and Beat to the Blood) at one of the local jubilees. It was popular mostly during the era of Nazi-allied Slovak state (1939-1945) by the Hlinka Guard militia. The song was played exactly on the occasion of the 69th anniversary of the execution of the war-time Slovak state president Jozef Tiso.

“A local inhabitant had birthday, his friends wanted to please him and decided to play the song for him via local radio,” Lamač Mayor Peter Šramko explained to the Denník N daily.

Though they first picked a different song, the employees of the radio were later visited by a local deputy who asked them to play the song the jubilee originally wanted, Rež a rúbaj do krve, Šramko went on.

The MP he referred to was Radoslav Olekšák, the nominee of Smer, Slovak National Party and Green Party. He does not see a problem in the song, explaining that it was the jubilee’s wish. He refused any connection with the anniversary of Tiso’s execution, as reported by Denník N.

The employee who played the song allegedly did not know about the song’s historical background. She even did not know it was the anniversary of Tiso’s execution, Šramko explained to Denník N.

Following the incident, the mayor now wants to check both texts and songs broadcast in the local radio so not even local councillors can avoid him, the daily wrote.