For more than a year, a law enabling the state to bypass the law on procurement has been in place and used to procure things for the EU presidency.

The Foreign Ministry remains silent on the circumstances surrounding the selection of the Agentúra Evka agency which prepared the gala-evening to present the logo of Slovakia’s presidency in the Council of European Union. It seems that when selecting this company, an exception from the Law on Public Procurement was used. In the past, this exception was criticised for example by current Justice Minister Lucia Žitňanská of Most-Híd.

Thanks to this exception, buying goods and services needed for the EU presidency can be secret, the Sme daily wrote on April 19. This means that the ministry does not organise a tender in which companies can apply but rather contacts directly one or more companies which could deliver the goods or service.

The rules are OK

“If the ministry uses an exception, it is harder to get more detailed information on how the competition was organised,” Ján Lazur of the Taylor-Wessing law agency told Sme. “It is also more difficult to obtain information on what amount was spent on various deliveries of goods and services, thanks to the exception.”

If the ministry decides to use the exception it does not need to inform on the selection of the company in its bulletin of public procurement. People can find out only after the contractor’s contracts are published in the central registry of contracts.

This procedure was used in the selection of  the Evka agency. The tender for the gala evening could not found in the bulletin of the Public Procurement Office.; only the contract between the ministry and the agency in the central registry of contracts. For state bodies to use an exception, the amount for delivering goods and services cannot exceed €135,000. The ministry paid to Evka €130,000 without VAT (€156,000 with VAT). 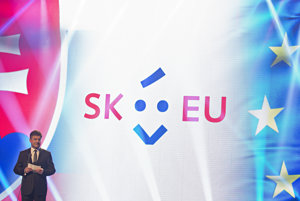 The law which enables this exception has been in effect for more than a year. Government confirmed this exception also in its recent update, which is in effect since April 18. The reason to introduce this exception was allegedly lack of time to prepare for the presidency. The Foreign Ministry claimed, at the time when law was passed, that it cannot prepare the presidency if its had to allocate the related public orders through transparent competitions on all items.

However, not even the lack of time should by an apology, according to Peter Kunder of the Fair-Play Alliance watchdog group. “I consider it an open admitting the inability to manage and plan early enough and also an occasion to uncontrollably buy for overpriced sums from befriended contractors,” Kunder summed up for Sme.

No need to fear checks

Currently, most tenders are checked by the Public Procurement Office. It checks the competition even if one of the participating firms files a complaint against the decision. This does not hold true, though, if ministries use an exception when selecting the company.

“If the Office got a motion concerning a potential violation of law, it would mostly scrutinise whether financial limits were not exceeded,” Lazur explains.

The Supreme Audit Office (NKÚ) can still check on such an order, as well as police or prosecutor’s office.

The NKÚ selects whom to check based on risk analysis. When choosing, it takes into consideration several factors: the amount involved, the riskiness of the transaction, or of the expenses spent. Only after these factors have been assessed, the office decides whether it will examine the tender, NKÚ spokeswoman Daniela Bolech Dobáková told Sme.