ZAP: More than million cars produced in Slovakia in 2015

Slovakia produced a record 1,038,503 vehicles in 2015, an increase of almost 70,000 vehicles, according to the Automobile Industry Association (ZAP). 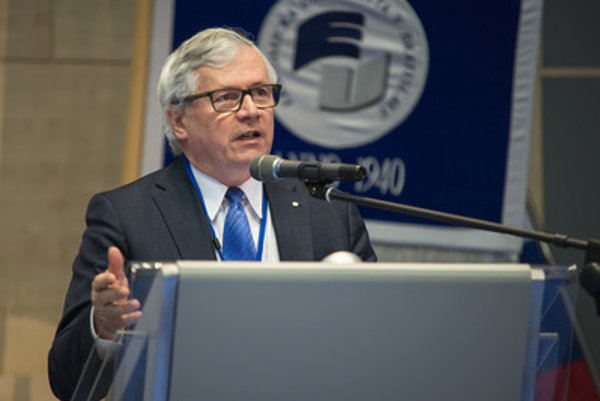 Car production represented some 44 percent of the nation’s industrial production and 40 percent of its exports. ZAP president Juraj Sinay said on April 20 that Slovakia is the global leader in terms of the number of vehicles produced per capita with 190 vehicles per 1,000 people, up from 179 in 2014.

“The automotive industry experienced a very propitious year, to the extent that we’re afraid of not being able to maintain such fast progress,” Sinay said, as quoted by the TASR newwsire. He has concerns about labour mobility, for example, he added.

This sector currently employs 125,848 people, of which 18,116 work directly for car manufacturers and 107,732 are employed in subcontractors’ networks.

ZAP appreciated the fact that the cabinet included verbatim wording of its demands in the Government Manifesto. “We’re glad that the sphere of dual education was almost exactly copied from our demands.” ZAP president said. “The same goes for industrial research and innovation.”

A small part of the Manifesto is focused on electric cars and alternative fuels. Sinay said that it is essential to create motivation for people to purchase such an automobile and to have the infrastructure that supports it in place.

ZAP’s expectations for 2016 are more cautious, though it is forecast that, once again, more than a million vehicles will be produced here.

“We’re slowly reaching the limit of the capacities of our three automobile manufacturers,” Jaroslav Holeček, ZAP executive vice-president, told TASR. “That’s why we think that the next increase won’t be in tens or hundreds of thousands. If we want to see a further rise in the numbers, we’ll have to wait for the fourth manufacturer – Jaguar Land Rover near Nitra – which is to start production in 2018.”