The Education Ministry is talking about big reforms, but experts consider the programme statement vague. 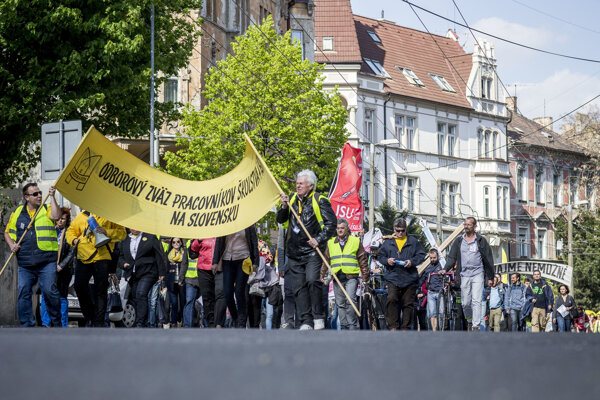 “The largest education reform in the past 25 years” is what Education Minister Peter Plavčan wants to prepare during the following tenure of the new government. The programme statement the government adopted at its April 13 session however lacks more specific instructions how to achieve this goal, according to experts.

Moreover, the representatives of teachers and trade unions disagree with the financial framework for education, saying the funds will not be enough. Plavčan, on the other hand, considers the sum “a necessary minimum” to launch reforms.

“Education is a big ship; it will be hard to navigate it in right direction and move it, but we don’t want it to remain Titanic,” Plavčan said about the programme statement, as quoted by the TASR newswire.

The government manifesto contains some 50 proposals for education sector, focusing on primary and secondary schools, universities, science and research and life-long education. Though it promises to improve nearly everything in education, there is the difference between the intention and reality, says Robert Chovanculiak, analyst with INESS think tank.

“There is not a problem to find positive proposals, but to find specific methods and solutions to achieve them,” Chovanculiak told The Slovak Spectator.

Also the representatives of teachers consider the promises vague and not binding. As the program manifesto does not contain nearly any of the requirements they voiced during the protests and strike, they returned to the streets in mid-April, saying they are ready to continue to fight for them. 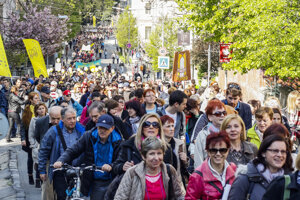 The ministry, however, promises the specification to be part of the National Programme of Development of Education. The document should be finished by the end of this year.

It should not only draft immediate concrete changes, but also draw a long-term concept of the content of education, with a 10-year outlook. The government plans to submit the National Programme for public discussion and then present the balance of what has been fulfilled at the end of each year, and update it on an annual basis if necessary.

Plavčan expects that the ministry will cooperate with trade unions and experts on the reforms.

Following the introduction of the new government, Plavčan invited for talks representatives of education sector, including the initiators of the protests and strike that took place in the beginning of the year. Representatives of the Slovak Chamber of Teachers (SKU) say they did not actually work on the programme, but did receive a draft and were allowed to comment on it.

“The requests to increase salaries and money for education, which we consider crucial and necessary to improve the quality of school system, were not included as we expected,” the SKU wrote in a statement.

The teachers originally demanded to increase their monthly salaries of teachers and non-teaching staff by 25 percent as of 2017 and by 10 percent every following year. In the programme statement, however, the ministry proposes only 6-percent hike as of September 1, 2016. Moreover, it conditioned the further 6-percent increase of salaries with “implementation of fundamental changes in the system of education”. The pay raise targets only teachers.

If the economy will increase in following years, all salaries in Slovakia will increase by 3-4 percent a year, says Vladimír Burjan, editor-in-chief of Dobrá Škola magazine.

“This means that if the initial intention was that the teachers will catch up with salaries of other university-educated workers, there will be a difference of only 3 percent for teachers,” Burjan pointed out during the discussion with the Sme daily on April 18.

The government also promises to increase the salaries of university teachers of 6 percent under similar conditions, though it does not condition it with reforms, analysts pointed out.

The government proposes in its statement to allocate €2 billion for the whole four-year tenure. Moreover, the level of public sources given to education every year should be comparable with EU average by the end of its tenure in 2020.

While Plavčan considers the sum inevitable minimum to launch the reform of education, Peter Goliaš of the INEKO think tank says that this would work only if the education sector received the amount immediately and not in four years. Moreover, if Slovakia wants to achieve the EU average, it would have to allocate much more money, Goliaš told Sme.

Also Martin Putala from the Council of Universities told The Slovak Spectator that the proposed increase in the funds is only half of what it needed.

Another problem voiced by the experts is that about €1.2 billion of the allocated sum will come from the EU funds which the education would receive regardless the promises in the education sector, said Burjan.

“The government, under the pressure of the street protests, added only some €800 million,” Burjan said during the Sme discussion, adding that also the increased funds are conditioned with systemic changes and effective use of money.

Moreover, the EU funds limit the use of the allocated sum in education, since they cannot be used to hike salaries. They also increase the risk of non-transparent use, Chovanculiak added.

As for the sources from which the education should be financed, Burjan dislikes the fact that the government mentions only public investments into education sources. Even if the EU countries allocate 6 percent of GDP for education, the sum always includes private investments. This, however, is not case of Slovakia.

“It may happen that the government will look at the EU statistics and find out the average spending of public finances is 4.5 percent, so it will increase it to this level and say that it fulfilled the plan,” Burjan added.

As for universities, the government promises to adopt provisions to make universities and colleges provide education “with international standards” and accessible to everybody. It also stressed the importance of basic and applied research and development at universities and colleges which would be “driving force of the development of society and regions in Slovakia”. Experts participating in the Sme discussion agreed this part is more detailed, also because Plavčan was focusing on university education when working at the ministry.

Putala considers the university education part “groundbreaking” as it was prepared together with people from universities. He appreciates the fact that their requests were sufficiently included into the document. On the other hand, he considers the proposed increase in spending on education insufficient.

“As a result, the focus on reforms, quality and status of teachers in society remain, regarding the deep underfinancing of education sector, only an empty phrase,” Putala said.

Renáta Králiková of the Slovak Governance Institute (SGI) also considers the sum insufficient. Since the minister claims it is only a minimum, she hopes the actual financing will be more. She also said she misses more details on some proposals.

Both Putala and Králiková also hope the ministry will increase spending on science and research as they consider it important part of university education process.

“Recently there has been a tendency to finance private research and development from public sources,” Putala said.

According to him, the support for applied research should be rather focused on creating links between the academic environment and practice.

“I also miss in the programme statement, grants for supporting science,” Králiková told The Slovak Spectator, adding that thanks to grants the money goes directly to specific people and is not lost in general budget for universities. The grants also improve the quality as people have to compete for them.