Cloud computing is growing in popularity

Companies no longer just consider storing data externally, they do it. 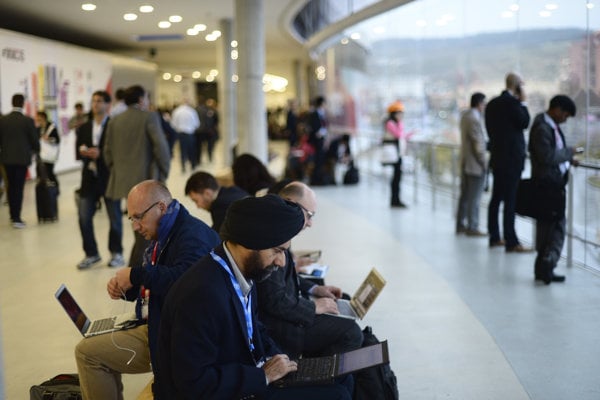 SLOVAK companies are drifting towards cloud computing with such technologies now essential to surviving in the digital economy.

“Only in this way companies will get a competitive advantage in the new business reality,” Rok Magister, head of cloud for SAP Central and Eastern Europe, told The Slovak Spectator. “The sooner companies embrace innovative solutions, the sooner they can benefit from them.”

Cloud computing means storing and accessing data of private users or companies over the internet instead of a computer hard drive.

Such technology has been around for decades, but now it allows businesses to truly outsource their IT and trust that this deployment model will work for them, said Magister.

“Cloud platforms are allowing new ecosystems of developers beyond the four walls of an organisation to extend software like never before,” Magister said.

Meaningful and affordable solutions already have traditional IT companies and mobile operators, but also startups, says Filip Hanker, the editor-in-chief of Zive.sk.

“Whereas startups are trendy, they are more easily getting money from investors and support from IT companies,” Hanker told The Slovak Spectator.

Enterprises can choose between public cloud of specialised IT companies or private architecture developed on request. Ondrej Macko, editor-in-chief of the TouchIT.sk website, says that platforms differ in speed of access, data capacity and mainly guaranteed availability.

“Free public services such as Dropbox, OneDrive or WeTransfer do not guarantee that data can be found in the same place later,” Macko said.

Those services come with safety risks.

“Such a data repository is suitable for backup of private photos or data with very strong encryption,” Hanker said.

While interest in cloud computing is growing, many companies in Slovakia are still reluctant to give up possession of their data, according to experts.

“Adaptation to cloud solutions in Slovakia is much lower than in other countries,” Magister said.

“These customers are looking for providers who ensure that data will remain in-country,” Klas told The Slovak Spectator.

Cloud computing is most frequently applied by small flexible enterprises in manufacturing, according to Ivan Luby, CTO of Slovak cloud provider GAMO.

Telecommunication operator Slovak Telekom said about 15 percent of their servers are occupied by businesses from the service sector, followed by 14 percent of retail and 13 percent in manufacturing.

“In IaaS, customers rent only computing power and a license,” Luby told The Slovak Spectator. “All subsequent operations they manage themselves in form of virtual data centre.”

Another flourishing solution is open source platform OpenStack. Klas explains that in OpenStack people pay no fees for the platform itself, but do pay for support.

“A few such ready-made cloud solutions have appeared on the market,” Klas said, “as a result of increasing trust in open source, pressure is put on cutting costs and number of people with skills to manage such an environment.”

Though in Slovakia more pressure is on price at the expense of quality, supply of solutions is similar to abroad, according to Macko.

Why go to the cloud

Experts advise using cloud solutions. Hricová of Orange Slovensko said that any enterprise which runs on its own infrastructure needs physical access to technology, backing up data and administration of hardware and software.

“On the cloud an enterprise does not need to build, buy, administrate or back up anything,” Hricová said.

Hricová said that management of the cloud is the responsibility of the provider.

“Enterprises can concentrate on their own business,” Hricová said.

Pikus added that a customer can hardly achieve the security of a data centre of a professional provider.

Cloud services are even more important for businesses using large amounts of data. For their development, Luby suggested to increase added value via new services.

SAP is moving from focusing on processes within an enterprise to processes that happen between partners outside the enterprise.

Telecommunication operators expect expansion of cloud computing with an emphasis on segment Software as a Service (SaaS).

“The biggest potential is in complete online solutions such as accounting or office software,” Pikus said.