Blog: Slovakia to send its first ever satellite into space

SkCUBE will focus on ham radio experiments that will include connection of two amateur radio operators via the satellite. 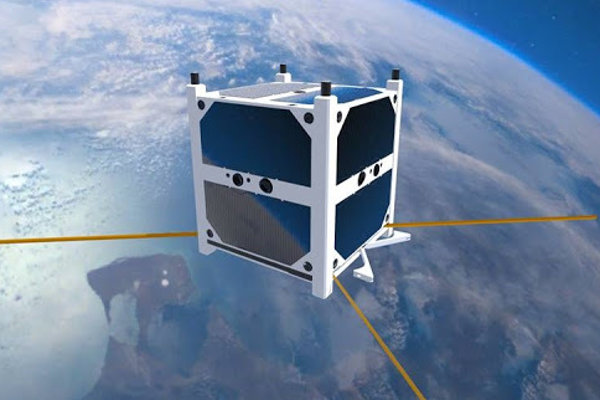 Slovakia is gearing up to launch its first satellite into orbit with the aim of demonstrating the country’s ability to carry out scientific experiments in space. The pocket-sized one-unit CubeSat, named skCUBE, is currently slated for liftoff in June atop SpaceX’s Falcon 9 rocket from the Vandenberg Air Force Base in California. The central European state is one of the last countries on the continent to have its own satellite.

Weighing about one 1 kg, skCUBE is a 10-cm cube that will carry an onboard computer, a communications system and a small camera to conduct experiments when orbiting Earth. The main goal of this project is to demonstrate that Slovakia is capable of doing highly sophisticated space research.

“We see the development of skCUBE as a first spark of light in showing the world that Slovakia belongs to countries with a potential in space science and industry,” Lucia Labajová, marketing manager of the Slovak Organization for Space Activities (SOSA), told Astrowatch.net. “We want to show, that Slovakia has excellent universities, science institutions and companies which innovate and make our country a good name around the world and going to prove it through our first satellite Made in Slovakia.” 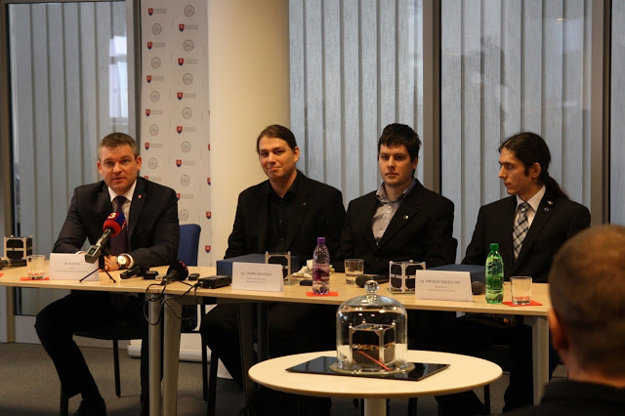 SOSA, founded in 2009, is a non-governmental entity developing the skCUBE project. The organization was established to popularize space research and to increase general awareness about the importance of space industry. It is also actively promoting the entry of Slovakia to the European Space Agency (ESA).

SkCUBE is also backed by the government and could be a great example of cooperation between universities, students, companies and other supporters. The Ministry of Education, Science, Research and Sport and the Ministry of Transport, Construction and Regional Development dedicated to the satellite about €90,000 in total. Many Slovak companies support the project with their know-how, qualified employees and also financially.

“SkCUBE is developed and built by Slovak engineers and scientists as a national project demonstrating an excellent cooperation of our state, universities, students, companies and other supporters, such as astronomy fans,” Labajová said.

The tiny spacecraft is fitted with an electricity supply system, a sensory system and an orientation control instrument. The camera onboard the satellite will be capable of taking images with a resolution of 750 x 480 pixels. Its angle of view is 60 degrees and it contains infrared and neutral density filters.

SkCUBE will focus on ham radio experiments that will include connection of two amateur radio operators via the satellite, sending of basic telemetry data via Morse code for easy listening and high speed data and image transmission via the 2.4 GHz band.

Labajová noted that radio amateurs from all over the world will have the possibility to receive a picture, which will be marked with the skCUBE name, the call sign OM9SAT and a timestamp. It will only contain information in accordance with amateur radio regulations. Transport Protocol and possibilities for signal reception will be published in advance on the project’s website.

The ham radio research will also include a VLF receiver with frame magnetic loop antenna, which allows recording of radio signals in the range 3 to 30 kHz, spectral analysis and data transmission to the ground. The data will be public, and can be used to further scientific analysis.

Jakub Kapuš, the chairman of SOSA is leading the skCUBE effort. The project team consists of scientists from the Žilina University, the Slovak University of Technology in Bratislava and the Faculty of Aeronautics at the Technical University of Košice.

“In the beginning when SOSA was founded we had a goal to achieve something almost unimaginable for such a small group of people,” said Labajová. “We were connected by our passion for space and new technologies and wanted to push the Slovak space science and technology another step forward to later eventually become a full member of ESA.”

“History is formed by brave and stunning acts,” she added. “Today we are happy to present SOSA as a group of capable young scientists, engineers and people who want to push the boundaries forward towards a new frontier.” 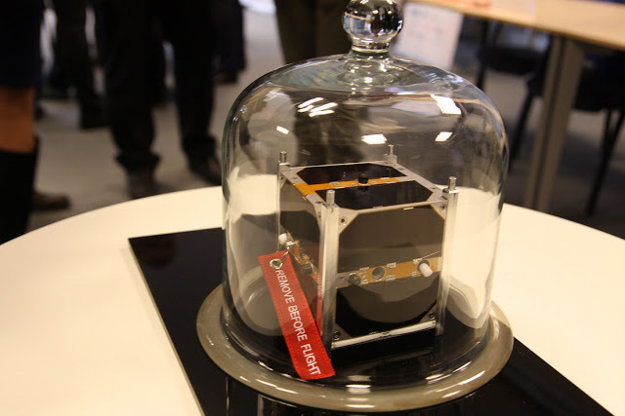 Slovakia signed the European Cooperating State Agreement with ESA in February 2015. The nation has been actively involved in space physics research and in astronautics, having two cosmonauts, the Czechoslovak Vladimír Remek (flew in space in 1978) and the Slovak citizen Ivan Bella, who spent nine days onboard the Mir space station in 1999.

Although Czechoslovakia sent its first satellite into space, called Magion 1, in October 1978, Slovakia, as an independent country, hasn’t yet put its homegrown spacecraft in orbit around Earth.

The launch of skCUBE has been initially scheduled for April 16 but was postponed and is now planned for June. However, the exact date is yet to be decided. Currently, SpaceX aims to conduct two orbital missions in June.

Labajová said that at this moment everything is on track for the June liftoff and the team can focus on the arrangements for the launch. However, in the beginning it was a long and difficult bureaucratic process as the skCUBE will be the first Slovak object in space.