Who is afraid of The Unknown?

The Kunsthalle in Bratislava specialises in modern, topical, provocative exhibitions; but the current one, called Fear of the Unknown goes to an extreme in this aspect, be it intentionally, or helped by chance and timeliness. 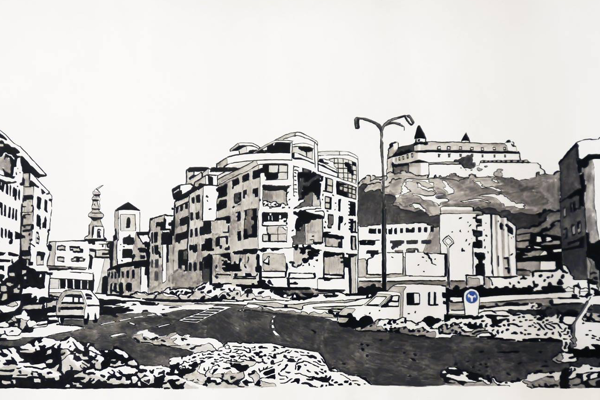 Opening shortly after the Slovak general elections and following a long, exhausting campaign in which one of the strongest cards played by politicians from all corners was the issue of migrants, the two exhibitions filling two floors of the centrally-located Kunsthalle is unique in central Europe. Slovak as well as foreign artists showed their views, impressions, direct experiences, first-hand contacts and impulses surrounding the motif of foreigners coming to Europe, often overcoming harsh obstacles, shocking events – and their “Fear of the Unknown”. 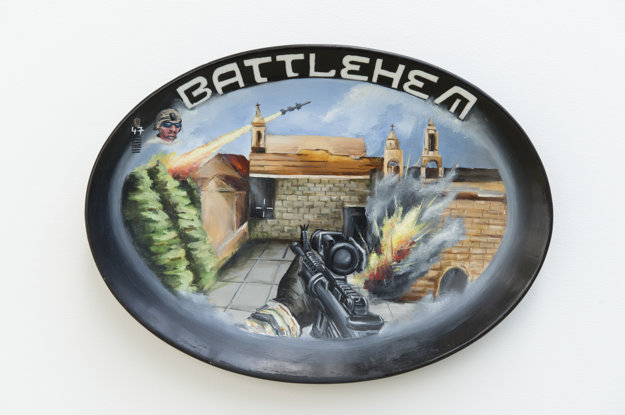 Running through July 31 the interactive artworks try to suggest – among other things – that the urge to leave the terrible things they have left behind drives migrants to try their luck elsewhere, rather than – as some politicians but also ordinary people suggest – just hoping to find a promised land without worries or hard work. But the art suggests that those who fear “the Unknown” most are not the migrants but rather the inhabitants of guest countries who are often subject to massive propaganda, conspiracy games, or simple half-truths and opportunist claims spread enthusiastically on social networks. 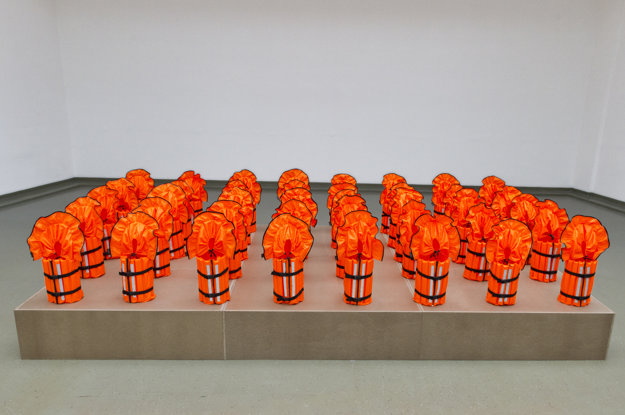 The Kunsthalle exhibition is ideal for those who want to fight the fear, or at least try to give such issues a second thought without having to personally set off in a shaky raft or hide in a dark container for hours or days.

Having the form of artistic reports, they include a map showing how Europe has changed throughout centuries; an installation showing that “Jesus was a Refugee”; a collection of babies’ life-jackets in form of duvets; a huge container where visitors are closed in the dark, not knowing when they will be freed to see the daylight again; an image of Bratislava “the Day After” a bombing; works hand-made by refugees showing their impressions, emotions and ambitions; a fence behind which only some visitors are allowed to have a look – the arbitrariness shall resemble the decisions made during the journey – who will be allowed to continue further and who must stay or return home. Already the welcoming is impressive – an arch visually resembling the one in Auschwitz, but stating instead of “Work Sets You Free”, “Happiness is a Matter of Choice”. In the course of the exhibition, visitors get to test this truth, and are tested at the same time. 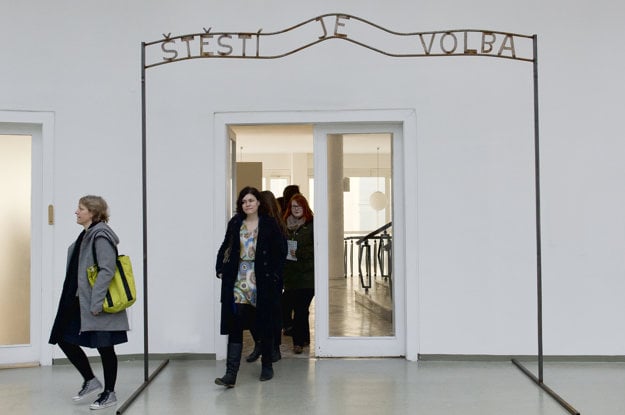 Several of the artists attended the opening and helped lead people through the exhibition. Later, this job will be done by mediators who will be present in Kunsthalle: art students, fans and volunteers (usually also someone English-speaking).

Sometimes, and with some of the accompanying events, this will include even refugees themselves (the container will be operated by a young man who came to Slovakia in a similar one). There will also be some documents and working material issued for visitors – and exercise books for pupils and students, especially those outside the capital, to try and walk in the shoes of a refugee.

“We had the feeling that the society-wide debate is currently very escalated,” curator Lena Kukurová said about the “Fear of the Unknown” name for the exhibition. “And when it comes to the refugee crisis, migration in general, or foreign communities, there is a lack of rational argument. We debated it with artists and came to the conclusion that behind this there may be some fear, the fear of the unknown. This fear is specific for central and eastern Europe; in western-European countries, the debate has a completely different form.”

In the aftermath of the March elections, a nationalist party became part of the ruling coalition and an extremist party entered parliament, giving the show added relevance. Marian Kotleba — the chairman of the extremist LSNS party and Banská Bystrica regional governor – has his portrait drawn in pig blood hanging as part of the exhibition. Even those who do not get to learn what is the material the picture is made of can be shocked to see his picture hanging there, in a manner resembling the official portraits of president that used to be – and still are – part of schools, state offices and many other public institution. 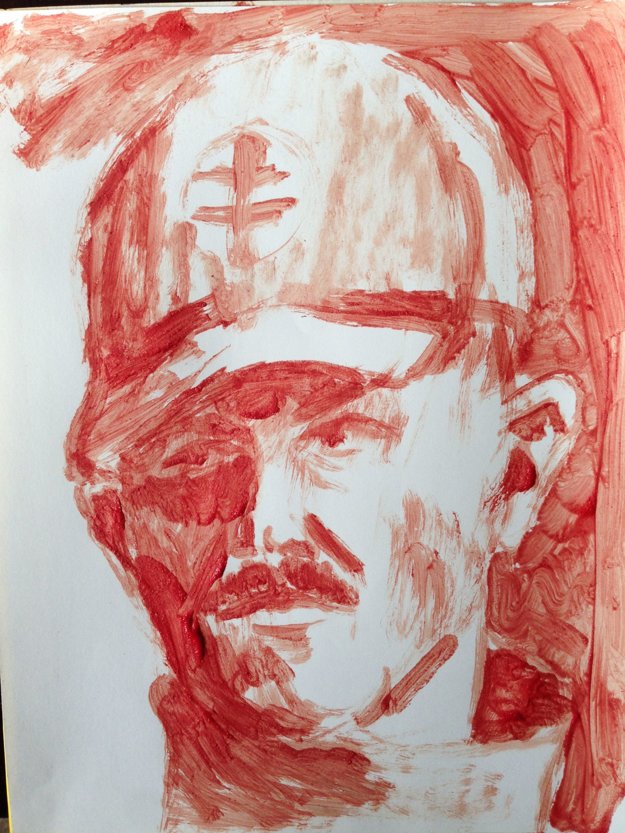 It is open daily (except for Tuesdays) between 12:00 and 19:00, and until 20:00 on Wednesdays, running through until July 31. Admission is free. (It is advisable to leave some time for the exhibition, to enjoy it fully and “digest” it a bit.) As it is meant to “tear down” the barriers and open communication, most of the works, leaflets and materials are bilingual (save for those meant for children). Most of the accompanying events are in Slovak but those in English (like guided tours, some with migrants) are on the www.kunsthallebratislava.sk/en website. 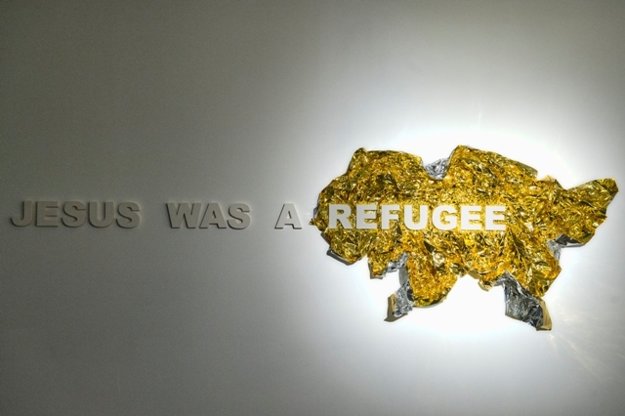