Fixed lines still in use

Although mobile phones are conquering the telecommunication market, fixed or land lines are declining only slightly – and not just thanks to the use of pensioners. 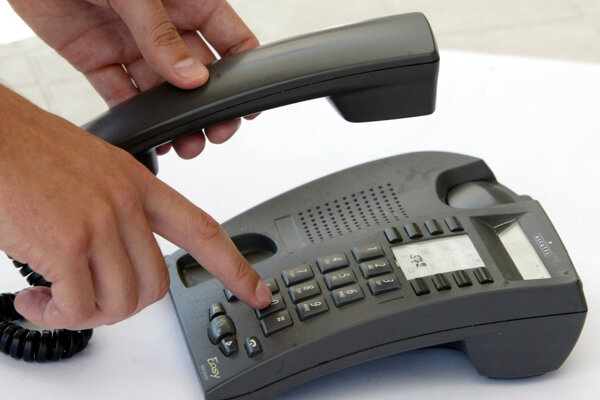 About 15 years ago, every household had a fixed phone line, while mobile was seen as an “unnecessary luxury”, the Hospodárske Noviny daily wrote at the end of last year. Now the situation is reverse when there are more active SIM cards in Slovakia than citizens and the number of fixed lines keeps declining, moderately, but constantly. However, the remaining owners do not plan to get rid of the traditional phone form, which can still generate quite interesting operation. Moreover, it is very popular in companies where it speeds up communication.

For example, the Orange Slovensko mobile operator sees potential in services where fixed line is a part of a package, together with other services, both for households and firms. Servicing and using a fixed line is very easy, people can have the same phone number for years, and it needs no repairs, no maintenance – unlike mobile phones.

“Currently, the use of fixed lines is rather stable, with a rather stable trend, mildly declining, as the number of wireless connections is growing,” Ondrej Macko, editor-in-chief of Touch IT, told the daily. The fixed-lines market is now around 840,000 extensions: it fell under one million extensions already in 2010, and while it is mostly the household extensions that are disappearing, the market on non-household extensions seems quite stable.

On the other hand, what plummeted steeply is the segment of public phone booths. After mobiles took over, phone booths virtually disappeared. Ten years ago, there were almost 14,000 of them, while now there are only about 200.

The trend in fixed lines has changed throughout the years: in the past, it was needed for calls and then for internet connection; while now it is something like a side effect or obligatory part of some flats, especially in those inhabited by pensioners. Macko said that a typical voice service of a fixed-line user is a senior citizen, over 65. Some surveys confirm this. It is interesting to note, though, that now there are 50 companies in Slovakia which offer these services.

Ironically, fixed lines may return to some flats and houses: not as rendered through metallic cables but rather through optic lines which is the basis for a quick data network.

A typical package offered by Slovak operators is a combination of voice phone service, internet and television. Such packages are offered mainly through optics by companies Orange, Telekom, UPC, Antik, Slovanet or Swan. All of them base the offer on a wide choice of TV services or on quick internet, but fixed lines are important, too. About every third client enters the phone network through such packages; thus, fixed lines also get used by young people, not just seniors.

Analysis has shown that the number of such services, and especially users, keeps growing at a swift pace.