Media should be free and diverse, not a geopolitical tool 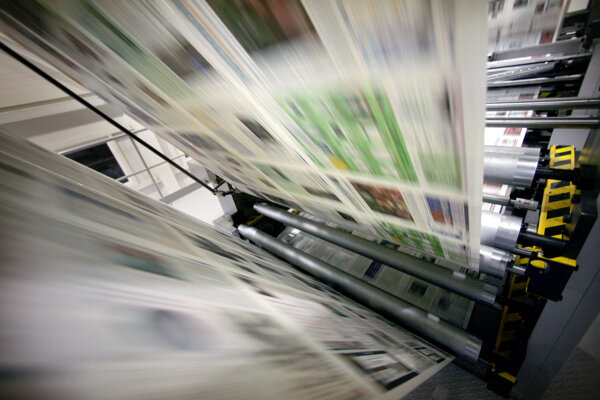 If the latest report released by Reporters Without Borders is to be believed, last year was a bad one for journalism. Though Slovakia ranks high, 12th, in this annual global ranking of press freedom, Europe and central Europe fare less well. Most interesting the report cites a “progressive erosion of the European model” whereby “counter-espionage and counter-terrorist measures were misused” as an explanation for Europe’s decline.

Amid terror threats and continuous disinformation campaign from Russia, intelligence agencies will likely feel a natural inclination to push further into the media sphere. In Slovakia and central Europe it is the Russian threat that is felt most directly. Indeed, there is much discussion and indeed increased efforts to monitor and counter Russian-backed conspiracy web sites and other annoyances – which are real – but there is equal risk in an overreaction.

The best way to counter Russian propaganda is not with more propaganda but with vibrant, varied and unregulated media. It is the belief in facts, rational decision making and transparency through an informed electorate that separates democracy from other political systems.

The line between being aware of a potential challenge from Russian-backed disinformation campaigns and weaponizing media to combat it is a thin one. There few signs of this happening as yet, but the temptation is already apparent. It would be a shame if central European media were to morph into some sort of instrument in an information war with Moscow, which would see the region sacrifice its own values.

Reporters Without Borders also cites other pan-European concerns that should concern Slovaks including new laws allowing mass surveillance, more conflicts of interest by ownership, and increased control of state media by government – Poland dropped 29 spots on the list, largely because of this latest item. Overall, the average scores in Europe declined 6.5 percent, with the report “citing the growing influence of extremist movements and ultraconservative governments” – something that hits close to home.

Even as Slovakia moved up two spots on the list, it saw its score drop from last year. Reporters Without Borders provides few details why, but another report released last month by the Centre for Media Pluralism and Media Freedom (CMPF) at the European University Institute in Florence, provides some additional details on some of Slovakia’s issues.

In the CMPF report, the primary question about Slovak media is whether it is politically independent. Three issues are considered high risk – the policisation of control over media outlets, abuse of state advertising and doubts about the independence of news agencies.

A country with the 12th freest media environment in the world is strong enough to stand up to Russian disinformation campaigns on its own two feet. Media should expose lies and half-truths, but cannot and should not be drafted directly as a geopolitical combatant.