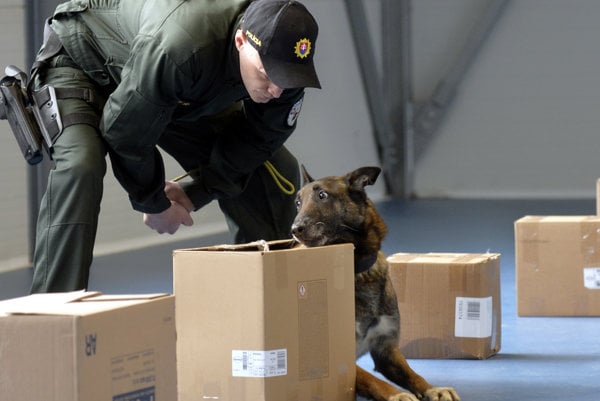 The premises offer better conditions for training, accommodation and veterinary care for the working dogs. The project was financed through the Programme of Swiss-Slovak cooperation, informed the Interior Ministry, which operates it.

Kennels for more than 50 dogs, a new training hall, renovation of a veterinary clinic and accommodation for trainees-humans, and purchase of modern technology and equipment are all part of the project called Improving the Preparedness of the Interior Ministry’s Rescue Units, from which resources also went towards the needs of working and rescue dogs.

“Working dogs and their instructors have an irreplaceable position in the Slovak Police Corps,” Interior Minister Robert Kaliňák said at the opening. “In 2015 only, they were employed more than 20,000 times. They search for drugs and dangerous substances but also for people whose lives they have saved many times. Not just people but also the dogs serving the Interior Ministry deserve good conditions for preparing and prevention. I believe that they will like the new premises and that they will reward their handlers with loylty, obedience and full engagement.”

Part of the project also includes joint courses of Slovak dog-handlers with the Rescue Unit of the Army of Swiss Confederation focused on field search, search in ruins and night trainings in ruins.

Working dogs in special cynology are oriented on rescue works, searching for explosives, narcotic drugs and psychoactive substances, accelerants of burning, tobacco and tobacco products, deathly smells and banknotes.
Some of the recent cases involve happy endings, like the bitch called Jess who found a mentally ill woman in the forest growth over Handlová who wanted to commit suicide; Dasty who found a person lost for three days in a difficult terrain; and Uxar who found two people trying to commit suicide – heavily drugged – in a single month.