Optimising the network of primary and secondary schools may bring in additional funds for salaries of teachers. 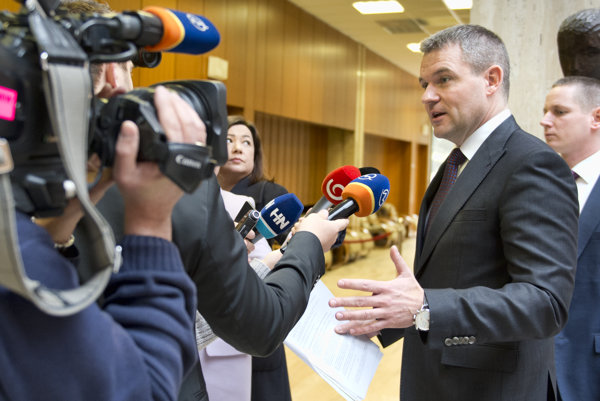 “If you have by one half less children than 20 years ago but the network [of schools] is smaller by only one third, so somewhere there is a mistake,” said Deputy Prime Minister for Investments Peter Pellegrini prior to the cabinet session on April 25.

One day earlier Pellegrini called for the reduction of schools during a TV discussion show of the public broadcaster RTVS “O 5 minút 12” (Five Minutes to Twelve).

“I think that we have to cut the number of primary and secondary schools and of universities as well as teachers,” said Pellegrini. “Even the Organisation for Economic Cooperation and Development stated that we have too few children per teacher compared to the EU average.”

Pellegrini stated that the government’s programme statement sufficiently deals with the education system and increases in teachers’ salaries. In addition to the fact that salaries went up by 4 percent as of January 1, the statement suggests that teachers’ salaries at virtually all types of schools should go up by 6 percent on average as of September 1. At the same time a scheme has been introduced to hike teachers’ salaries on an annual basis as of January 1, 2018. The government has pledged to introduce significant internal changes in the education system along with the aforementioned annual salary hikes, with a total of €2 billion more being allocated to the sector in the 2016-2020 election term. The goal is to reach the EU average in spending per GDP at the end of this period, the TASR newswire reported.

At the same time Pellegrini noted that no one can claim a higher salary just because he’s been teaching for 30 years.

“Salaries should go higher only when someone’s doing their job perfectly and I think that even a 35-year-old teacher can do that,” explained Pellegrini.

Parliamentary Vice-Chair Lucia Nicholsonová (SaS), opposes that the alpha and omega of the education system is its bad financing structure.

“There’s a lack of money in the education system long term,” said Nicholsonová. “It’s not only a critique of the previous government but also of all other governments. We need to make those finances more transparent and more effective. This goes hand in hand with the reform of the education system.”

Leaderships of individual schools should be able to manage their facilities more freely, according to her.

“If we do this, the competition among individual schools will be on and we should also introduce some criteria of quality measurement,” She said during the discussion show. “Let’s not pretend that all schools are at the same level.”