Fico tight-lipped about his health

The Slovak Prime Minister says nothing about his current health issues; US President Barack Obama reveals even his blood pressure. 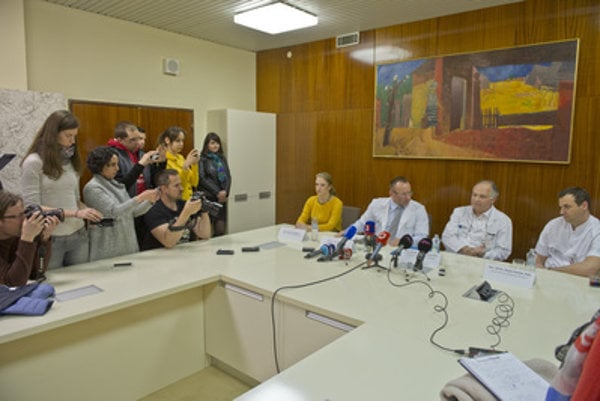 His resting heart rate is normal with 56bpm and his blood pressure is 110/68 mm Hg. He takes Nexium, a medication for acid reflux symptoms, and Malarone to avoid malaria during his global travels.

The public can learn this information from the periodic physical examination of US President Barack Obama which he publishes every year.

Contrary to the US President, Robert Fico who as Prime Minister occupies the most powerful post in Slovakia is tight-lipped about his current health condition despite having recently spent an entire week at the National Institute of Cardiovascular Diseases (NÚSCH). 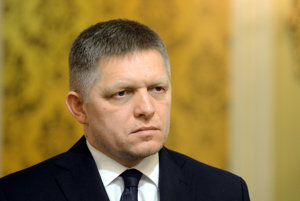 “Nowadays, it is common standard that a politician has limited right for privacy and is obliged to inform the public about his or her health,” Ladislav Špaček, spokesperson of former Czech president Václav Havel who is also promoting etiquette told the Slovak Spectator. “It is a European and US standard to publish such things if persons are in positions in which their health condition could affect their ability to fulfill their duties in such cases as prime minister or president.”

The public is not completely uninformed about Fico’s condition due to anonymous sources providing information to media. They told the Denník N daily that Fico underwent surgery at NÚSCH on April 22 in which doctors tried to divert blockage of the coronary artery at two places.

It is, however, not the official statement of Fico’s press department.

“The prime minister’s family doesn’t want NÚSCH to provide any information about his health condition which we fully respect,” NÚSCH’s spokesperson Dobroslava Krajačičová told the press.

Fico is feeling better every day after undergoing heart surgery, according to Deputy Prime Minister for Investments Peter Pellegrini.

Read also: Fico to stay in hospital until end of week Read more

“He has started recuperating,” Pellegrini said on April 25, as quoted by the TASR newswire. “He could return to work in a few weeks.”

Krajačičová refused to say how much longer Fico will stay at the hospital.

“That is up to the attending physician to decide,” Krajačičová told the TASR.

Interior Minister and deputy PM Robert Kaliňák stated that informing the public about Fico’s health condition is helpful and standard because journalists know how, by whom and where Fico underwent surgery.

Danko has been hospitalised at the National Institute of Oncology (NUO) in Bratislava since April 24 due to abnormal-looking areas found on the lining of his stomach.

In the past week, Danko stated that he has been exposed to great stress that might have affected his health.

“You’re facing thousands of attacks, receive political slaps, low blows and absorb also energies of people who are genuinely miserable and thinking how to change their life for the better,” Danko said, as quoted by TASR. “I’d like to use also this opportunity to wish the Prime Minister a speedy recovery - we know his operation was successful. I hope that after the troubles with my stomach I, too, will return back to work quickly.”

Contrary to Fico, Danko choose to openly inform the public about his health. It is because he wants to avoid any speculations, Parlaiment’s spokesperson Zuzana Čižmáriková told the press.

After the April 25 surgery, doctors held a press conference where they told the press details of Danko’s condition. They said that Danko is conscious and communicating. The surgery took almost three hours as surgeons had to remove part of his stomach due to abnormal-looking areas. He should remain in hospital for 10-14 days.

Danko was operated on by Surgical Oncology B Department head physician Daniel Pinďák.

“There was some issue with a part of the stomach’s outlet,” Pinďák said at the press conference, as quoted by TASR. “It has been completely removed and replaced by small intestine. It was a standard procedure and without any complications. The patient is awake at the Anaesthesiology and Resuscitation Department (ARO).”

Doctors sent the removed part for histopathological examination. Definitive results, which will shed some light on this unclear finding, will be available 7-10 days from now, according to NUO director Jozef Dolinský.

Also President Andrej Kiska chose such an approach after he underwent a hip operation at the University Hospital in Plzeň, in the Czech Republic, on August 20, 2015. He was then informing about his condition via social media.

“It is a natural part of the democratic system that a person who we are going to vote for will reveal such things,” Decorum specialist Jarolím Antal told The Slovak Spectator.