The case concerning the claim will also be discussed by MPs.

A criminal prosecution was launched on April 13 in the issue of excessive VAT refunds concerning Five Star Residence complex in Bratislava.

Based on information regarding new facts and written documentation on potential corrupt behaviour, Special Prosecutor Dušan Kováčik issued an order to examine the tax audit procedure, said Jana Tökölyová, a spokesperson for the Special Prosecutor’s Office.

“At the same time he issued an order to examine new facts that might be related to the suspicion of a tax crime,” Tökölyová added, as quoted by the TASR newswire. 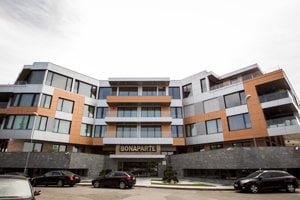 The case concerns the case of excessive VAT refunds granted to businessman Ladislav Bašternák. His company BL-202 bought and sold seven apartments in the Five Star Residence complex built by tycoon Marián Kočner. Bašternák reportedly bought them for €12 million. The company then applied for a VAT refund of €2 million and the state paid it out, despite suspicions that the transaction was fictitious. The state later paid an additional €6 million in VAT refunds and saw no reason to verify them.

Meanwhile, an extraordinary session of the parliamentary finance and budget committee is set to be held on April 26 to discuss the excessive VAT refunds. It was initiated by Jozef Rajtár of Freedom and Solidarity (SaS), who submitted the proposal signed by opposition MPs. He wants Finance Minister Peter Kažimír and Financial Administration head František Imrecze to explain the whole situation, TASR wrote.