The power of the Hussite tradition

ALMOST all wooden churches in Slovakia are located in Orava or in the east of the country. There is one exception, though – the gothic church of St. Nicholas in Bánovce nad Bebravou, which is partially built from wood. 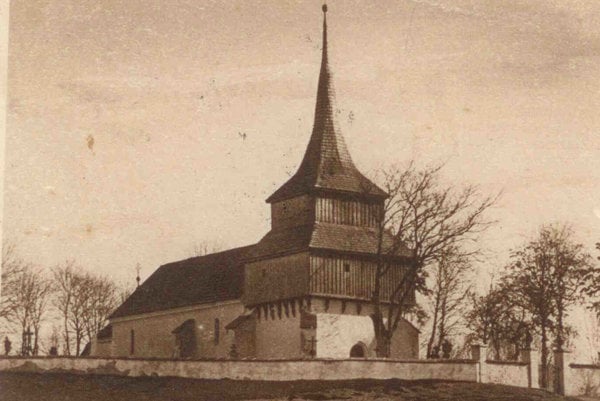 The wooden belfry, which gives it a romantic look, is probably a result of its Hussite origin.

The church was built sometime in the 12th century, i.e. about 300 years before the arrival of mugging hordes from Bohemia. The Hussite tradition may have its origin in the presence of a garrison in nearby Topoľčany. Coincidentally, Bánovce was given as a pawn to a noble family from Košeca and Lieskovec, and later to their descendent, Ján Ludanický. As this nobility made no secret of its positive relation towards the Hussite movement, and even openly supported it, it’s no surprise that the theory of the connection between the church and the Hussites has lingered.

The Hussite presence in the Bánovce area can be traced to approximately the first half of the 11th century. These heretics where not the first intruders, though, who threatened the town. In 1241, Tartar units crossed this region during their short but destructive invasion of Hungary.

In 1505, an entourage of Ottomans passed through Bánovce. Locals did not have to fear them though, as they were captives given as a gift to Duke Sigismund Jagiellon from his brother, Hungarian king Władysław Jagiellon.

About 150 years later, the Ottomans were much more turbulent. In 1663, a huge Ottoman army appeared heading towards the Váh region, Považie. A sad monument commemorating this event is the grave of priest Ján Crispich, just next to the church door. The ill-fated priest tried in vain to escape the attackers, but the Ottomans caught and killed him.

The name of the town is also worth noticing. Its first part, Bánovce, comes from the Pannonian Avars’ word Bojan, meaning an administrator or a governor. The name meant that it was a village of Bojan’s people. The Slavonic name of the river, Bebrava, could be translated as Beavers’ River. Thus, the name of Bánovce nad Bebravou means Bojan’s people above the Beaver River.

The postcard of the Bishop’s church, St. Nicholas, stems from the beginning of the 1920s.