The session was disrupted by the confidence vote on the government's programme statement, but is set to continue. 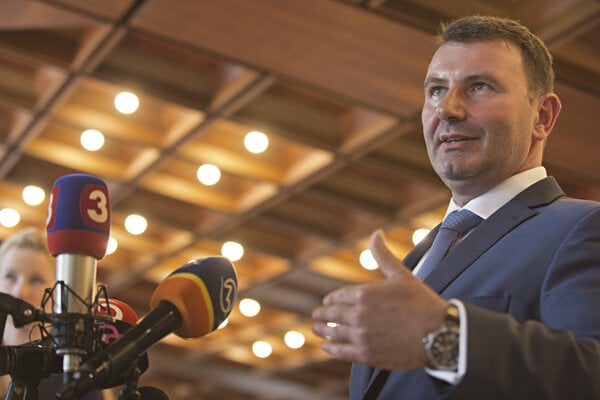 The committee was dealing with the case of excessive VAT refunds granted to Bašternák’s firm BL-202 which bought and sold seven apartments in the Five Star Residence complex built by tycoon Marián Kočner. Bašternák reportedly bought them for €12 million. The company then applied for a VAT refund of €2 million and the state paid it out, despite suspicions that the transaction was fictitious. The state later paid an additional €6 million in VAT refunds and saw no reason to verify them.

“The investigation is still underway,” Imrecze said, as quoted by the SITA newswire, when asked whether the tax was paid and whether the damage was caused to the state.

The price of the properties sold does not play a role in the scrutiny. If the transaction was transparent, it would be neutral from the tax point of view, Imrecze said.

“The results of the inspection we have already received indicate that the comptrollers who carried out the inspection were not influenced,” Imrecze said, as quoted by SITA, adding the investigation is still underway.

He went on to say that he does not know whether the state was damaged in this case. He also claimed that reporting about the case draws his office into a political fight, as reported by SITA.

The session was interrupted by the voting on the programme statement of the government, but the parliamentary committee met again after it was over, the Denník N daily informed on its website.

It discussed the case until midnight. Opposition members of the committee say that they did not receive answers to the most fundamental questions, Denník N wrote.

Originally, also the constitutional parliamentary committee was to discuss the excessive VAT refund suspicions, as well as violating tax and accounting laws. The ruling coalition, however, did not support the programme of the session, TASR wrote.