Fascism in our time

Neither appeasement nor non-engagement can defeat the resurgent far-right. 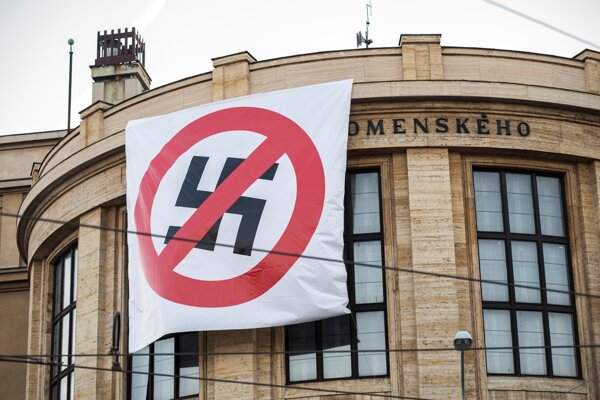 So now Austria too has a fascism problem. Norbert Hofer, the gun-loving candidate of the far-right Freedom Party, won the first round of Austria’s presidential elections last weekend, and advances to a run-off with septuagenarian cosmopolite Alexander van der Bellen. It’s still possible that the shocked mainstream may yet coalesce around van der Bellen to lift him to victory (he was soundly beaten by Hofer on Sunday, 36 percent-21 percent). But the Freedom Party is clearly on the rise with 30 percent support in polls, to the vocal delight of Hofer’s anti-EU, pro-Russia allies in Europe.

Similar political developments in Hungary, Poland and in our own country demand a forceful response from establishment parties, a rejection of the hateful ideologies that hide behind euphemisms such as “xenophobia” or “self-determination”. And yet Austria’s own failure to confront Hofer suggests why this isn’t happening. Chancellor Werner Faymann of the Social Democrats, initially a supporter of Angela Merkel’s welcome to migrants, suddenly suspended Schengen in January, and began to tiptoe around Hofer rather than confronting him firmly. It didn’t help matters that Faymann’s party and its coalition partner, the People’s Party, fielded a couple of retirement-age hacks to compete for the presidency, neither of whom showed much interest in the post.

“How can a party refrain from putting its strongest candidate in the race?” wailed the Deutsche Welle German broadcaster after Hofer’s victory. “It was an act of political suicide.”

No, appeasement doesn’t work with fascists, as we’ve known since the 1930s. But neither does pretending they don’t exist, or that their toxic Weltanschauung doesn’t resonate with voters. The only way to defeat fascism is to confront it at every opportunity, with effective arguments delivered by forceful speakers. Which is why the Stop Fascism initiative proposed by some Slovak MPs is a well-meaning step in the wrong direction, with its call for Kotleba's rabble to be banned from talk shows.

Fascism succeeds, as the poet said, not just because the worst among us are allowed a voice, but also because the best among us remain silent. Sunday’s 80-minute interview on TA3 demonstrated the enduring truth of this formula. Kotleba’s erudite opponent, Martin Klus of the SaS, was a mis-match for his insidious everyman shtick. Meanwhile, the moderator was disastrously unprepared, claiming Kotleba had said "expelling Jews from the country is the best solution to the Jewish question." "Where did you find that statement?" asked Kotleba. "I don't remember right now," came the risible answer.

Slovakia, like Europe, needs all hands on deck to counter this spreading far-right plague. Let us all remember the danger of fascism and the purpose of our Union – and let us not shrink from confronting the enemy.