The retail market in Slovakia is growing, as a result of positive macroeconomic indicators and increasing trust of consumers. Along with capital, developers also keep an eye on regions. 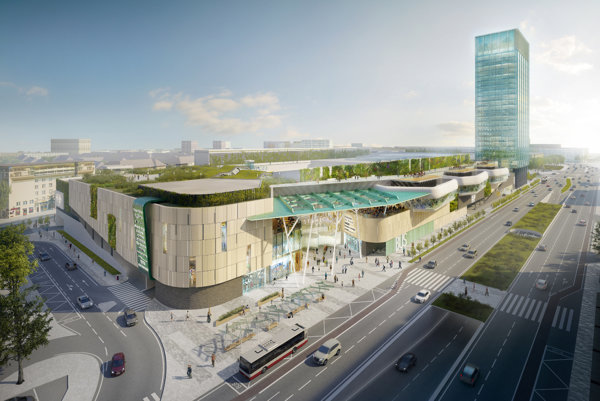 Moreover, retailers show interest in expanding, according to the JLL financial and professional services firm.

With opening the regional shopping centres City Arena in Trnava at 24,000 square metres, Forum in Poprad (Prešov Region) at 23,000 square metres and Galéria in Lučenec (Banská Bystrica) at 11,000 square metres, the total area of retail space in Slovakia rose to a record level of 1.584 million square metres. About 38 percent of the total offer is located in Bratislava Region. It is followed by the regions of Košice, Nitra and Žilina, the TASR newswire reported.

Developers currently focus mostly on regional towns with relatively smaller volume of retail area where the projects with a mix of tenants, good location and well-planned strategy can beat the existing retail projects, said Daniel Kúth of JLL.

Prešov is one of the towns where two new schemes with the same date of completion are fighting for the interest of tenants. It includes Eperia project developed by J&T financial group with rentable space of 22,000 square metres and Forum developed by Multi with about 27,000 square metres, Kúth added.

Meanwhile, Bratislava and its surrounding have the biggest retail space per capita in CEE region: 736 square metres per 1,000 inhabitants. Directly in the capital it is even more: 1,379 square metres.

Despite this, two new projects were announced last year with planned completion between the years 2018 and 2019: the new bus station Nivy with 70,000 square metres of rentable area and expansion of the Eurovea shopping centre by 25,000 square metres, TASR wrote.

When completing the new retail centres in Bratislava, several factors are important, including the final rentable area, the mix of tenants, the overall strategy of the project, and timing. We can, however, expect that the market in Bratislava will be re-distributed among the shopping centres residing here, Kúth said.

Talking about new trends, he pointed to construction of new projects situated in frequent localities, especially in regions, as well as the expansion of already established retail projects, as reported by TASR.