On the last Friday of April, 20 years will have passed since the death of Róbert Remiáš.

During his life, Remiáš was not a person known to the public, certainly not a VIP of Slovakia’s post-communist society. Yet his murder in 1996 still resonates as one of the key events of the 1990s, one of a series of events that significantly contributed to the defeat of Vladimír Mečiar and the regime that had been building in Slovakia, in the 1998 election.

The things that happened prior to 1998, including the murder of Remiáš, mobilised the voters to turn out and put and end to Mečiar’s rule, says Marián Leško, a journalist who first introduced the term “Mečiarism” to label the authoritarian-leaning regime of Mečiar, in his book “Mečiar and Mečiarism”, published in 1996.

“The fact that power was behind the murder, was a big earthquake for many, and they understood that if they don’t stand up against it resolutely, such excess might become a habit,” Leško told The Slovak Spectator.

Even after two decades those responsible for the murder haven’t been convicted and brought to justice. The police have recently reopened the case, but even so observers remain skeptical.

Remiáš was a police officer and the best friend of Oskar Fegyveres, a former Slovak Information Service (SIS) officer who was the principal witness in the 1995 kidnapping of Michal Kováč Jr., the son of the sitting president. Remiáš became involved in the Kováč Jr case after Fegyveres testified to investigators that the kidnapping was organised and executed by the SIS. Fegyveres fled abroad, fearing his life was in danger. Remiáš acted as Fegyveres’ contact in 1995, when the latter was hiding abroad. 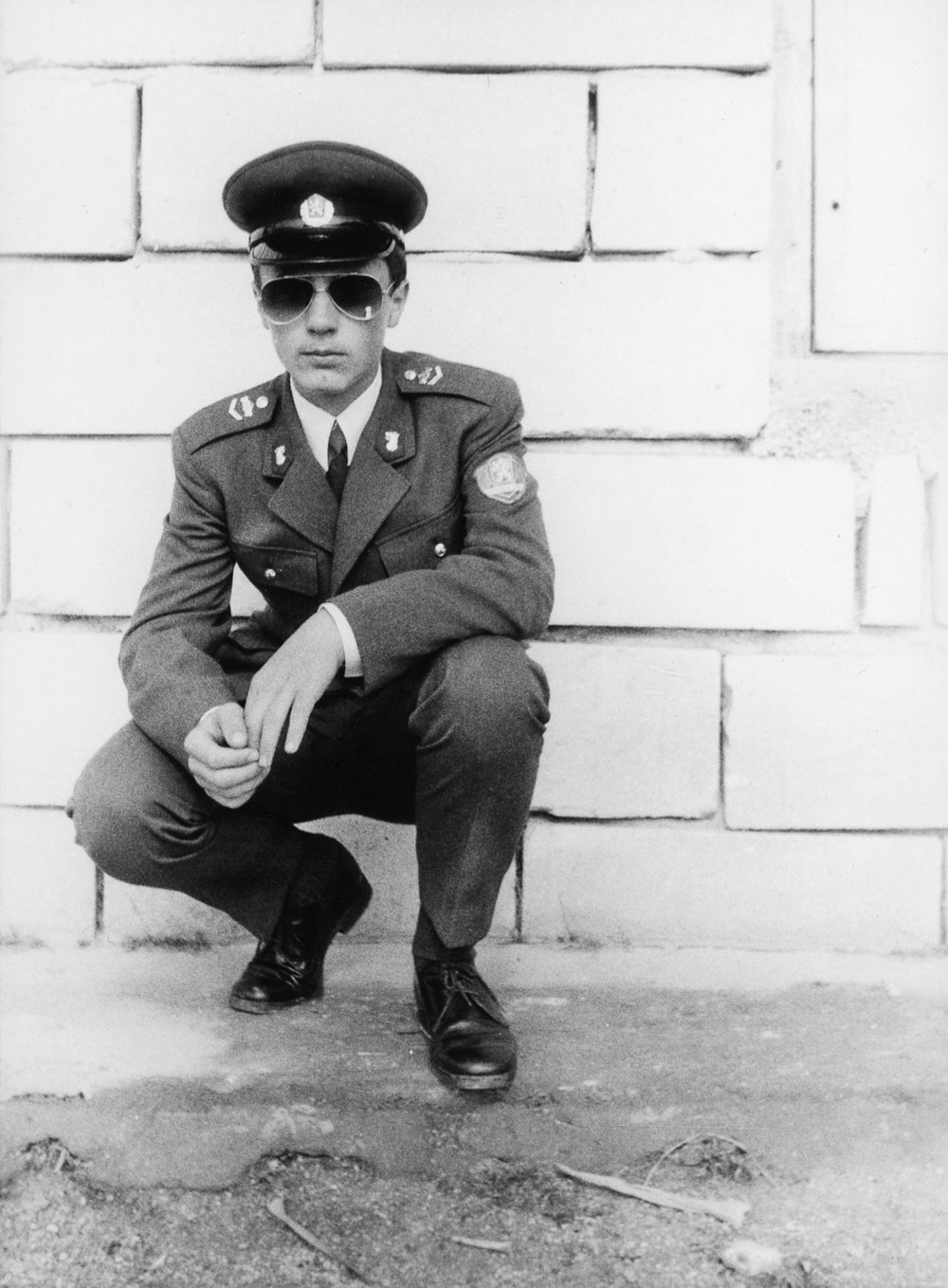 Six months after Fegyveres fled, on the night of April 29, 1996, Remiáš burned to death in his BMW, which crashed following an explosion on a rainy night in the Karlová Ves suburb of Bratislava. Remiáš was 26 years old.

In his 1999 report on the pre-1998 SIS under Ivan Lexa, the SIS head Vladimír Mitro stated that Remiáš was under aggressive surveillance by the SIS from late 1995 through the day of his death.

At first the police claimed the vehicle had blown up because of a malfunction in its fuel system, but the Criminal Forensics Institute determined several months later that Remiáš was killed by a bomb planted near his gas tank.

“Most people believed it was a political murder, and that is something very rare in Slovakia,” Leško said.

The SIS led by Ivan Lexa under Mečiar has been suspected of ordering the murder of Remiáš from the underworld. In 2002, Lexa was charged with the murder, under the allegations that the former spy chief had ordered the killing through Bratislava mob boss Miroslav Sýkora, who was in turn gunned down in front of a hotel in February 1997.

Lexa was later cleared of charges in 2006. His lawyer insisted that Remiáš's death was not a murder at all, but that the explosion was caused by a faulty fuel system in his BMW.

After the killing of Remiáš, the country was divided between those accusing the SIS of planting the bomb and those who said it was mafia-related. Critics of Mečiar’s regime have however insisted that there was political motive behind the murder and that it was linked with the Kováč Jr kidnapping.

“There is little doubt that there is a political motive behind the murder and that it was committed after an order from the political environment,” Leško said.

Western diplomats and the EU repeatedly urged the Mečiar government to find the culprits and bring them to justice.

Instead, the government shelved the Kováč Jr case in 1997 for lack of evidence, while Mečiar on March 3, 1998 amnestied "crimes committed in connection with the kidnapping of Michal Kováč. Jr". Lawyers differ in opinions as to whether the amnesties apply to the Remiáš murder too. There have been attempts in the parliament to scrap Mečiar’s controversial amnesties but the proposals never passed. 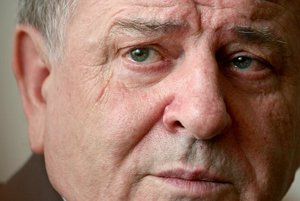 The account of the events that surrounded the kidnapping of the president’s son and the murder of Remiáš recently appeared independently in three books. At the end of 2015, Sme investigative reporter Matúš Burčík’s book was published. It is based on his long-term contact with Oskar Fegyveres and it tells, among other things, the story of Remiáš from his best friend’s viewpoint.

We never thought that something like that could happen here too.

The murder still resonates with the Slovak public not just because it has never been properly investigated, even after the regime of Mečiar fell in 1998. Leško believes it is also due to the fact that such brutal acts have rarely been used by people who were in power in post-1989 Slovakia. The major movement that came out of the Velvet Revolution in 1989 was named Public Against Violence (VPN) in Slovakia.

“The name suggested that violence wouldn’t be used, violence was associated with the Communist regime,” Leško said.

Most people believe the killing of Remiáš to have been a political murder, and such realisation came as a shock to the Slovak society, “because we never thought that something like that could happen here too,” Leško said.

The widespread belief that Remiáš’s death was a political assassination played a role in bringing down the regime of Vladimír Mečiar in the election in September 1998. At that point, Slovakia was drifting away from any possibility to join the EU and NATO, amid concerns about authoritarian tendencies displayed by the 1994-1998 government of Mečiar.

"There's no room in NATO for anti-democratic movements or governments," the then US ambassador to NATO Nicholas Burns said during his visit to Slovakia in 1997. 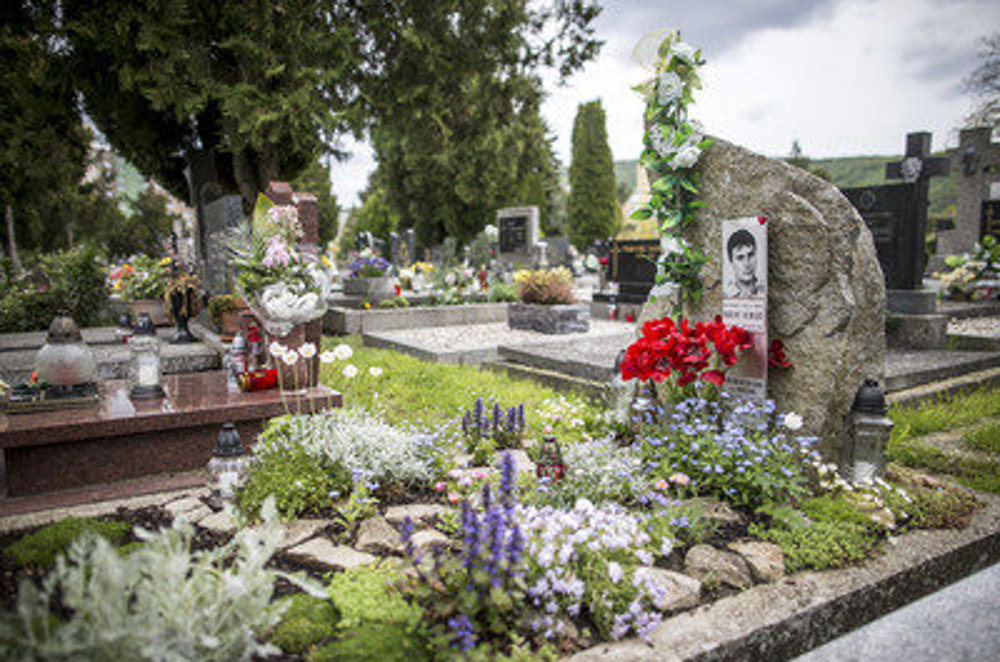 For Slovaks, however, events like the kidnapping of Kováč Jr and the murder of Remiáš seemed to have more telling force than criticism from abroad. Leško brings up the family of Remiáš as the illustrative example, who only understood that their sympathies towards Mečiar had been mistaken after their son died. Many Slovaks still recall the image of Remiáš's mother approaching Mečiar during a campaign event in her hometown of Vrbové. She carried a bunch of flowers, but instead of handing it to him, she threw them in his face.

“A big part of the Slovak society went through a similar emotional maturing,” Leško said.

The investigation of the murder had been shelved in March 2008 with the investigator arguing that there is no evidence that would allow charging any concrete person with the crime.

The police however reopened the case in February this year after “new evidence surfaced”, the Sme daily reported. The police as well as the prosecution however remain tightlipped about the nature of the new evidence and the steps they are taking. 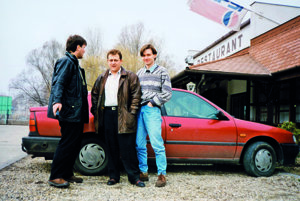 Yet under Slovak law the statute of limitations for murder is 20 years. It is not clear whether that period elapses for Remiáš’s case on April 29, 2016, as lawyers differ in their opinions on how the circumstances of the previous investigation and the charges that were previously issued and dropped, could have affected and possibly prolonged that period.

Leško however remains skeptical about the reopening to satisfy justice, and sees manipulation behind it. Even if there are new testimonies, possibly coming from prominent underworld figures, they are not trustworthy and unlikely to suffice in court without further evidence. He does not believe that there could be any evidence left after 20 years that would help land the culprits behind bars.

Rather, the case might have been reopened just to make sure there would be answers to questions that the 20th anniversary of the murder was inevitably going to re-raise.

“So that voices from several places could say that it is not a closed issue yet, and that it is still being investigated,” Leško said.