Ahlborn: Bratislava-Vienna is perfect for hyperloop

CEO of Hyperloop Transportation Technologies Dirk Ahlbor says in an interview with the Sme daily the main advantage of the project is that the business plan is financed exclusively from private resources. 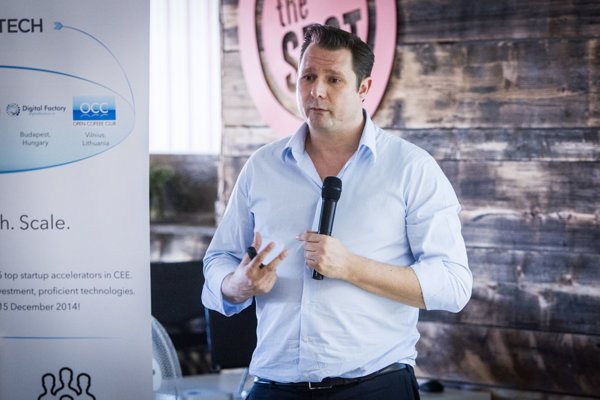 On April 21 you met with officials of the Slovak government. Did you come to an agreement?

Dirk Ahlborn (DA): We just did an agreement with them. For us it’s about the next steps, starting to prepare the use analysis, really figuring out the numbers and getting everything to move forward.

What was the reason for this meeting with the Slovak government?

Will you want money from the Slovak government or state?

DA: We are a company, so obviously we will explore all the difference finance methods, but the advantage of project is that we are a business case and we can be funded through private investment if necessary. We have more interest in the government support than anything else. But again, we will explore all the different opportunities, especially when we talk about infrastructure, solving big problems, a lot of things that we can do.

Do we have any idea when the connection will be completed?

DA: Those are all things that will come out through this use analysis. I also don’t really know how fast the politics will be moving, right now everybody is very excited so we hope that they will be trying to push it faster.

And what is your opinion on when the Bratislava-Vienna connection could be joined?

DA: Again, I don’t know because all those things depend on the route, where we are going, how difficult it is going to be...it is a little bit too early to say. For inner Bratislava we could set a goal of 2020, but it’s very early to say in that regard.

Are there any other of your activities besides Bratislava, such as research and development over all over Slovakia?

DA: We are interested in moving all over Slovakia, there is research and development and production, but we are talking with a lot of different systems all around the world. 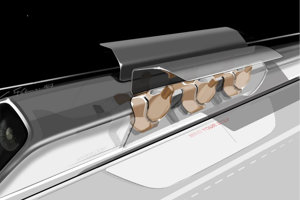 Do you have a business plan?

I mean, do you have a business plan regarding Bratislava-Vienna?

DA: No, not yet, that is part of this use analysis, that is basically the business plan where you look at everything.

In the future, could the whole world be connected by this kind of transportation?

DA: Well, the key point is that public transportation is losing money, needing government subsidies to maintain them. The moment it becomes a business it gets much easier because now it’s only an investment over a specific amount of time and you get your money back. That is why governments don’t have more public transportation systems.

Why did you choose Bratislava-Vienna? It isn’t too short to join?

DA: No, I think it’s perfect, it’s in the centre of Europe, they are the two closest capital cities and we can make a big impact.

Wouldn’t it be better Budapest, Bratislava, and Prague?

DA: Well, one step after another.

Aren’t there too few people?

DA: First of all, how will it change when you put in a connection, when you can be in Vienna in 10 minutes. And from the numbers I’ve seen, it works out very well.

How many people are now working on your project?

When you start to build a track, what do you have to build first?

DA: First the foundation, then the pylons, then the tubes, then obviously all the connections to solar panels and alternative energy, vacuum pumps, propulsion track, safety systems, and then you’re ready to go.

How much will it cost to build?

In America it costs 20 million dollars a mile, roughly, and I think it will be cheaper here, but it always depends on where you build and what you have to move.

And do you have any prices for passengers?

DA: No, again, it’s all part of this next step that needs to be done. We have all our numbers, but you can’t really do this very well without really analyzing everything.

Do you still have scientists and technicians working on development?

DA: The technology is ready, we have version 1 but also what I call version 158. We’re always making it better, working on solutions, continuously developing.

Where are your laboratories?

DA: We work with different companies in different places, we also have laboratories in California.

Do you plan on a laboratory here in Slovakia?

DA: I think what would make sense is to do part of research and development here, as well as construction.

Why do you think your project is the best?

DA: I don’t think my project is the best, I think that there is a problem and that we can solve this problem. And I think that we have a very unique approach to solving problems, with innovation, and so we are able to solve these problems all together, and we are able to do much better than there is today. I don’t think that we are the best, but if we are creating the infrastructure to solve these problems, then other people can build on top of that, and we are able to achieve a much much better system than we have right now.

Do you see a problem between Bratislava and Vienna?

DA: It’s not necessarily always about problems. The problem is public transportation. There have been a lot of studies and projects where they wanted to build a connection between, for example, Bratislava and Vienna airports but there is a lot of money involved, a lot of possibilities, but these are expensive systems to maintain, they cost a lot of tax money and that’s exactly where our solutions come in.

So are you going to build between the airports?

DA: The next step is about defining all those questions you have. Right now, the government has said they are interested, that they want to take a look at all these things, so now together we are starting to look at solutions and all those numbers that we need.