As of next month, Tomáš Haško, deputy director of Bratislava University Hospital (Ružinov branch) and former director of the National Institute of Oncology (NOÚ), will become the new director of the Health-care Surveillance Authority (ÚDZS). 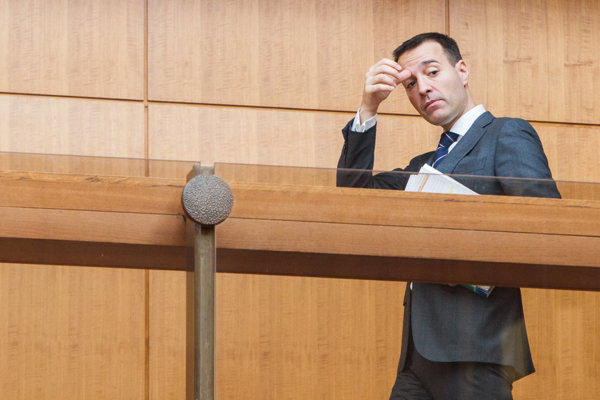 Haško, whose appointment was approved by cabinet on the same day, will replace Monika Pažinková following her resignation in late March, the TASR newswire learnt on April 29. She had been in the office since 2012 and was appointed by former health minister Zuzana Zvolenská.

Current Health Minister Tomáš Drucker, who suggested Haško’s nomination, considers him an experienced professional and morally respected authority. However, doctor unionists are criticising the nomination due to Haško’s connection with the disadvantageous rent of hospital parking lots. Opposition MPs Miroslav Beblavý (independent) and Alan Suchánek (Oridnary People and Independent Personalities-OĽaNO-NOVA) had also asked that there be a public hearing into Haško’s appointment before the Parliamentary Health Committee.

The chair of the Medical Trade Unions Associations, Peter Visolajský, does not see Haško’s nomination as a good choice, "Mr. Haško was deputy director of the Univerisity Hospital Bratislava for the Bratislava-Ružinov branch by the time when, in 2014, the disadvantageous rental of hospital parking lots was revealed by us,” he noted, as quoted by the Plus Jeden Deň tabloid daily.

Now, Haško is expected to stop the excessive severance pay, the “golden parachutes”, for his predecessor Pažinková and also for her deputy (who also left on April 29), Martin Senčák, the Sme daily wrote. If Haško does not step in, these two people criticised for their performance could get thousands of euros.

Haško is close to former health minister for the now non-existent ANO party, Rudolf Zajac, during whose term he was the head of the NOÚ.