Historical cemeteries in Bratislava are worth visiting during the whole year as they now serve also as parks.

When visiting Paris, tourists often head to Père Lachaise cemetery or Cimetière de Montmartre to search for graves of famous writers, musicians or other personalities. In Bratislava tombstone tourists can also find such places even if the list of world-known persons buried here is somewhat shorter. But what they will find in Paris as well as in Bratislava is the tranquil atmosphere and a place to rest from the outer world.

Historical cemeteries in Bratislava are worth visiting during the whole year as they now serve also as parks, but the tradition to visit graves of deceased relatives and light candles for them on the All Saints Day in November is a great experience.

New burials in the most historic cemeteries ceased somewhere in the 1950s and now only in exceptions are new graves allowed. They are usually protected sites with many gravestones of exceptional artistic value and show that tombstones are also a part of fashion trends. German, Hungarian and Slovak inscriptions prove the multinational history of Bratislava. While they are still primarily the eternal resting place of the deceased they also offer a shelter from the rush of the city.

​“The [historical] Ondrejský cemetery is probably the most interesting, because it is one of the oldest preserved cemeteries in Bratislava,” tourist guide Peter Malaschitz told The Slovak Spectator. “There are graves of real personalities.” 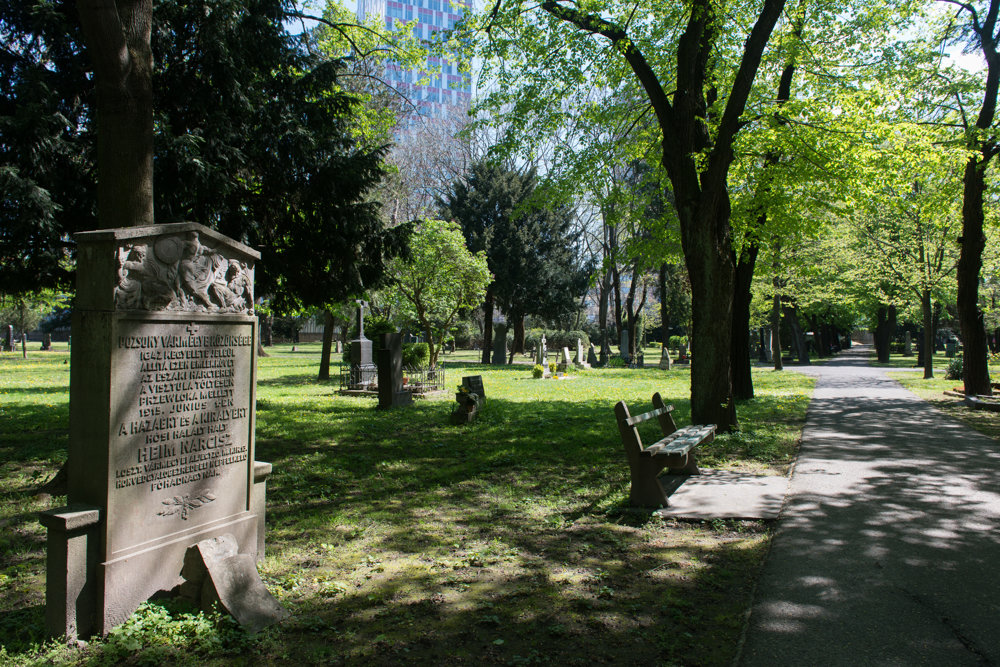 The cemetery is located close to the Mlynské Nivy central bus station. It used to be bigger, but the nearby Karadžičova street was extended. Fortunately, plans during the communist regime to turn it into a park and link it to the nearby Medická garden, never materialised. Nevertheless, its flat terrain makes it a popular destination for mothers walking with prams.

More information about travelling in Bratislava

Actor Július Satinský, who was closely connected with the nearby Dunajská street, journalist Agneša Kalinová, conductor Alexander Albrecht and sculptor Alojz Rigele are buried there. The Ondrejský cemetery also holds the grave of Ignác Lamár, known as Schöner Náci and whose sculpture is now close to the Main Square, while a neo-Gothic tombstone marks the place where Carl Jetting, the so-called Bratislava Robinson, lays. 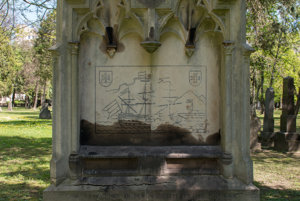 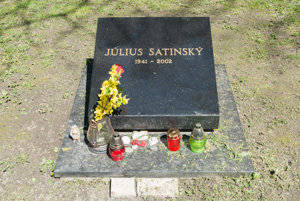 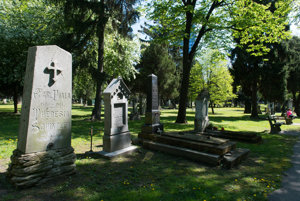 Another historical cemetery, the Cintorín pri Kozej Bráne, is located on the way from the Bratislava’s castle back down the town. Its name in direct translation means the Cemetery at the Goat’s Gate. This Evangelical cemetery dates back to the late 18th century and spreads out on hilly terrain that gives it an exceptional atmosphere. Among the personalities buried here is composer Ján Levoslav Bella. 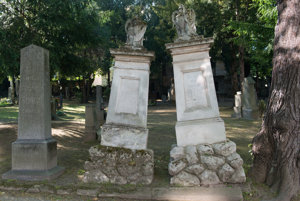 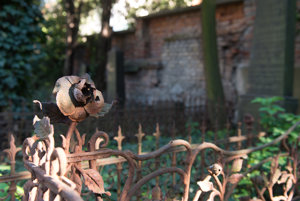 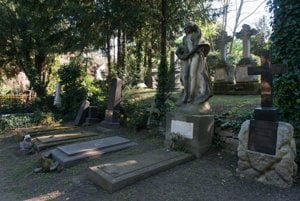 The Catholic Mikulášsky cemetery on the opposite site of the Castle hill across River Park is little known. Hidden amongst grown trees and on a hilly terrain it is accessible from Žižkova street and is just next to the Jewish Orthodox cemetery. This part of Bratislava served for burying for centuries when first records about existence of this cemetery go back to the 13th century.