In the upcoming days, Slovakia’s Foreign Minister Miroslav Lajčák is expected to announce he will run for the post of United Nations Secretary General. 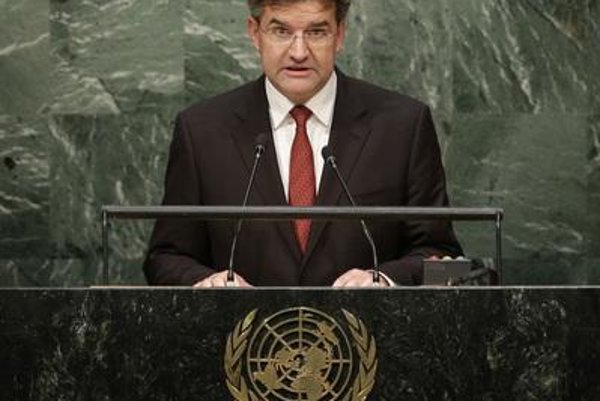 The cabinet will give the green light to his candidacy and then send an official letter with the nomination to the New York UN headquarters, the Pravda daily wrote on May 2. An anonymous source from Smer informed the daily that they were only waiting for last week’s parliamentary confidence vote in the new four-member coalition, i.e. that Lajčák was the candidate of a new government to which the parliament gave confidence.

His candidacy is expected to be the topic at the next government session, on May 4; and all four coalition members (Smer, Slovak national Party-SNS, Most-Híd and Sieť) are foreseen to agree with it. The Government Manifesto states that “the government will support candidacies of the Slovak Republic and its experts for the positions in UN structures and other international organisations”

After Lajčák announces his candidacy, a total of ten people will run for the post, seven of them from eastern and central Europe. This high number stems from the fact that this region has never had a secretary general of the UN, and is expecting its turn. However, there is no entitlement for this position, only expectation. Similarily, however, voices can be heard calling for a woman in this position. The incumbent’s (Ban Ki-mmon’s) term ends in December.

Officially, there are three among the candidates so far, Irina Bokova from Bulgaria, Natalia Gherman of Moldova and Vesna Pusič from Croatia. The fourth one is New Zealand’s Helen Clark.