Starbucks to open café in Bratislava in late May

The first café of the US coffeehouse chain will be in Aupark in Petržalka. 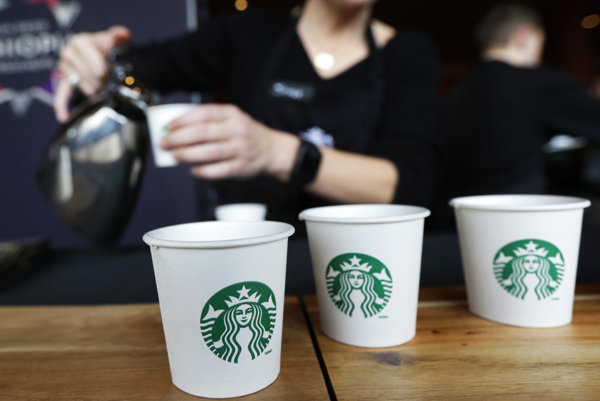 The world-known American coffeehouse chain Starbucks will have its first café in Slovakia. The café will be operated by AmRest Holdings SE, the biggest operator of restaurant chains in central Europe.

The company has chosen Bratislava, more specifically the Aupark shopping mall in Petržalka, for the first Starbucks café in Slovakia. People will be able to buy first coffees already on May 31, the Sme daily wrote.

“We are very excited to bring the unique Starbucks experience to Slovak customers,” said Adam Mularuk, Starbucks president at AmRest, as cited in the AmRest press release from January. “We see a big potential in the market and are proud to become a part of the country’s rich coffee culture through our passion for 100-percent Arabica coffee and world class customer service delivered by dedicated baristas.”

There have been rumours about the arrival of Starbucks in Slovakia for quite a long time. The company began to look for new employees already in late 2015 via its US website as well as the job website profesia.sk.

Starbucks coffee has been already available in Slovakia at some petrol stations via vending machines.

The Starbucks brand has been part of AmRest’s portfolio since 2008, when the first coffee shop was opened in Prague. Currently it operates 100 Starbucks stores in five countries – Poland, the Czech Republic, Hungary, Romania and Bulgaria.

Thank you for singing up. Shortly an email will be sent to the address you provided to verify your e-mail.
Error! Please try to register again later, your e-mail was not registered.
Your email is not in a correct format.
Please confirm you are not a robot.
Share on Facebook (384)