Media freedom is a fragile thing

A society without journalists will more easily follow the calling of autocrats, liars, charlatans, and dictators. 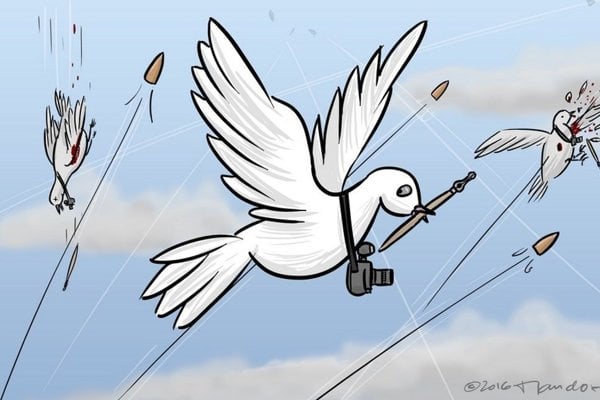 Last year, 72 journalists were killed on the job. They wrote about tragedies, but their own deaths did not always make it to the headlines of newspapers and websites.

Their lives were taken by terrorists, oppressors, or gangs. But the world does not lose journalists only because of guns or violence. And media do not lose their freedom only in wars and in dictatorships.

Some governments in Central Europe repeat the slogans of democracy even in times when they have long ago taken hold of their public-service media. They would be happiest if those media only repeated the texts that the governments’ PR departments will design for them.

Media freedom is fragile also in times when oligarchs think they can buy everything, and that they will change the journalists’ thinking through a consolidation plan that will gradually grow over the media acquisition like poison ivy.

But there are journalists who despite it and will continue doing their job. And they will seek the truth. Because they understood that if they betray their mission and lose their integrity, they will be stripped of everything that really makes them journalists.

And a society without journalists will more easily follow the calling of autocrats, liars, charlatans, and dictators.

May 3 is the World Press Freedom Day.