Frosty nights cause millions in damages

The worst situation is reported to be in vineyards and orchards. 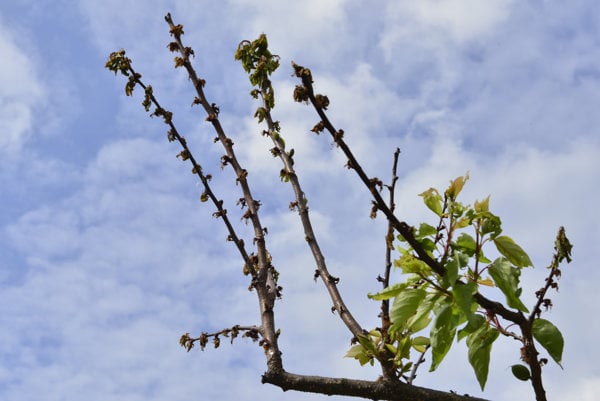 The Slovak Agriculture and Food Chamber (SPPK) is currently calculating what appear to be multi-million-euro losses caused by frost that hit Slovakia’s most fertile regions on several nights in the final week of April.

“According to information from regions and insurance companies, the most serious frost damage has been seen around Trnava, Bratislava and Nitra,” SPPK’s spokesperson Jana Holéciová said, as quoted by the TASR newswire.

The most lamentable situation is in vineyards and orchards. SPPK’s regional branch in Bratislava reported damage to grapevines, maize, oilseed rape, sunflowers and orchards.

“The loss in income for Bratislava Region as reported by SPPK members to date amounts to €1.07 million,” said Holéciová, as quoted by TASR. 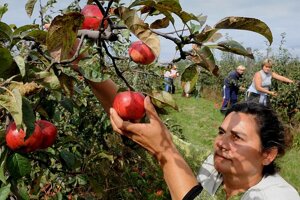 Farmers in Malacky and Senec (both Bratislava Region) are mainly complaining about blight hitting early potatoes, sunflowers and maize, with almost 30 percent of fields being affected. Meanwhile, SPPK in Galanta (Trnava Region) stated that sugar beets, maize, orchards, sunflowers, vineyards, oilseed rape and vegetables have been heavily damaged, with the overall loss in this district alone reaching at least €3.4 million.

At the same time, Nové Zámky district (Nitra Region) reported damage of at least €1.77-million to maize alone, apart from other damage.

“SPPK will continue to monitor the damage this week,” Holéciová claimed, adding that the SPPK will approach Agriculture Minister Gabriela Matečná (nominee of the Slovak National Party) to debate a further course of action, possibly including compensation packages for affected farmers.

Unusually strong frost in late April hit several countries in the region, including the Czech Republic, Hungary, Austria and Italy. For example, Austrian farmers have already estimated that the losses in fruit, wine and asparagus production will probably reach record-breaking figures, TASR wrote.