Slovakia will change aircraft for €50 million 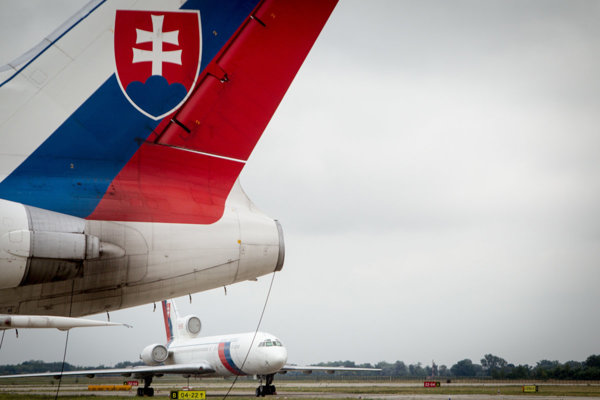 According to the ministry’s plan, the 30- and 40-year-old Yakovlev (Yak-40) transport planes of Russian origin should be exchanged with Fokker 100 aircraft of Dutch origin made in 1991. Moreover, the Airbus A-319 should replace a Russian Tu-154 M aircraft that has been waiting for general repairs for years. The replacement should cost the state €50 million, the SITA newswire reported.

Interior Minister Robert Kaliňák expects that they will sign the agreement on the purchase within 14 days.

“It is necessary to exchange the Interior Ministry’s aircraft used to transport humanitarian aid, constitutional representatives, but also our citizens who feel to be in danger,” Kaliňák said, as quoted by SITA, adding that the current aircraft does not allow carrying out these tasks in sufficient quality.

The interior minister wants the new government aircraft to be available before July 1.

“One of their first tasks will be to operate during Slovakia’s presidency of the Council of the EU,” Kaliňák said, as quoted by the TASR newswire.

As for the Airbus, it is an investment for the next 30 years, while in the case of the Fokker aircraft the next ten or 15 years are in view.

The two Fokker 100s are expected to be purchased for €5 million. They have already flown around 30,000 hours, and their range is approximately 4,900 kilometres. As for the Airbus A319-115 CJ, it is supposed to cost around €45 million, with general repair included. This plane has flown 4,400 hours with 1,300 landings, and it has a flying range of 9,000 kilometres, TASR wrote.

All three planes will be equipped with hospital beds for patients with mild or severe injuries. According to the ministry, some aircraft from the current fleet will form part of an exchange in the purchase, while some will become part of a museum exhibition.