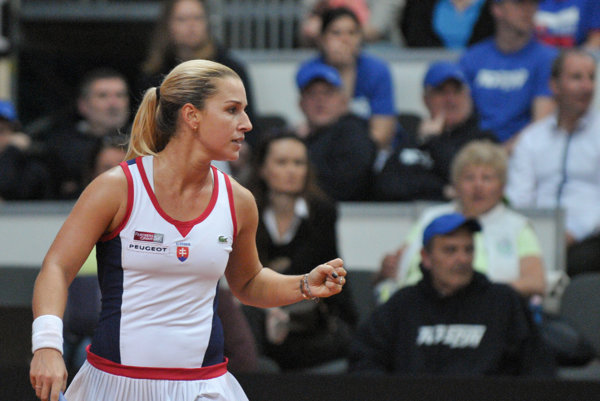 It was Cibulková’s first big victory since returning to tournaments after last year’s surgery of her Achilles tendon. She revenged her loss to Radwanska in the Californian Indian Wells tournament in March and improved their mutual balance to 4:7, the SITA newswire reported.

“My aggression combined with patience and faith decided that I can win,” Cibulková said after the match, as quoted by SITA.

Thanks to the victory, Cibulková will receive 65 points in the world rankings and prize money of €28,220.

Cibulková won also her second match against French tennis player Caroline Garcia on May 3, beating her after 111 minutes in three sets 0:6, 6:3, 6:4. Though it first seemed she would lose the match as she was losing 0:6, 0:3 after the first half, the Slovak player managed to turn the score.

“It was really a match which seemed to have two halves,” Cibulková said after the match, as quoted by SITA, adding that in the past she has never succeeding in turning the match after such a score.

In the third round, Cibulková will play against Russian player Anastasia Pavlyuchenkova.