Originally, single men put up maypoles in front of their loved ones’ houses; this sign of flirtation evolved into a communal tradition when the municipal administration, or the elders, make one central maypole for the whole village or town. 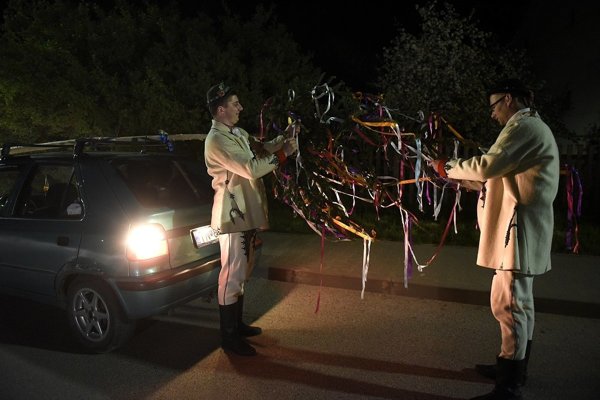 However, a young man from Selec returned this year to the original form of the May 1 tradition. Tomáš Žovinec secretly erected a maypole in front of the house of his fiancé, Veronika Masaryková of Trenčianska Teplá (in the Trenčín district). Together with his friends, he brought a tree from the local forest, decorated it with ribbons and, on the night to May 1, drove it to the house of his fiancé where they erected it shortly before midnight while clad in folk costume.

He needed the help of his friends to select the tree. It was harder to choose the tree than to pick his fiancé, Žovinec joked. “Unlike the tree, she immediately caught my eye,” he said, as quoted by the Sme daily. The man from Selec organised the maypole as a surprise for his love but she found out in the process and so he had to trick her.

The men – members of the folklore ensemble in Selec – were barked at by the Masaryks’ dogs. “We were all at home,” father Ján Masaryk recalls. “Veronika read us text messages form Tomáš, in which he was scolding the boys for letting him down and leaving him alone. We felt sorry for him, as he was looking forward to making the maypole. So we were expecting no maypole.”

Selec is a distinctive village under the Inovec hill where folk traditions are kept from one generation to another, especially those connected with Easter, St. Nicholas Day, and Epiphany – and also May 1. 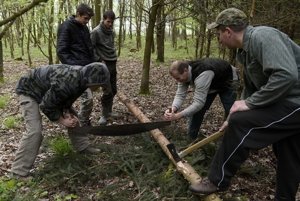 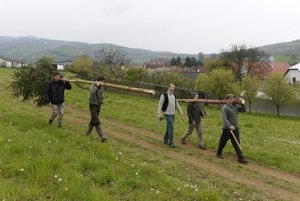 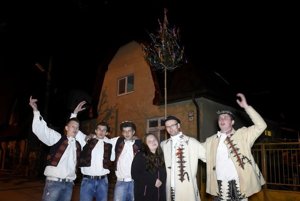 Secret erecitng of a maypole for fiance (3 photos)