Slovakia remembers the death of Štefánik

Several events held across Slovakia commemorated the tragic death of one of the founders of the first Czechoslovak Republic. 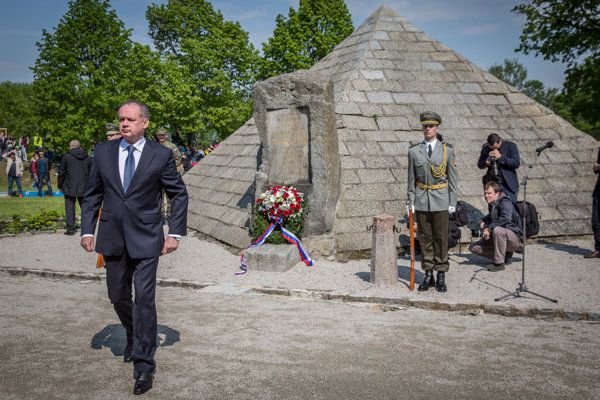 A ceremony marking the 97th anniversary of the tragic death of General Milan Rastislav Štefánik, a politician, astronomer and pioneer aviator, who died after a plane crash near Ivanka pri Dunaji (Bratislava Region), took place near the memorial marking the place of the tragedy. It was attended by President Andrej Kiska and Defence Minister Peter Gajdoš (nominee of the Slovak National Party).

“It’s almost 100 years since, right here, a personality of great merit left this world forever,” Kiska said in his speech, as quoted by the TASR newswire. “A faithful son of his nation for which he helped gain freedom. As an astronomer, politician, diplomat, aviator, general of the French Army, organiser of Czechoslovak troops [legions] and minister of war, he travelled all continents during his missions.”

The event at Štefánik’s tomb in Ivanka pri Dunaji was attended also by representatives of embassies, state and municipal institutions and by participants in the 26th annual patriotic walk from Šamorín (Trnava Region) to Ivanka pri Dunaji, which follows a route that passes several memorials dedicated to Štefánik.

The cultural programme was organised by national cultural institution Matica Slovenská along with the regional government and schools. As many as 20 institutions and associations laid wreaths at the tomb accompanied by the Defence Ministry honour guard and its brass band.

Moreover, a special service took place at the Evangelical Church in Štefánik’s birthplace Košariská (Trenčín Region) on May 3. The programme continued with the laying of wreaths and flowers at the local museum.

“A torchlit procession will set out from the house in which he was born, following the traditional route to Bradlo hill,” mayor Anna Abramovičová told TASR. “This ... route to Bradlo is actually the path via which Štefánik’s body was carried to his tomb on Bradlo hill.”

Ceremonies to commemorate Štefánik’s tragic death have been held in Košariská for years. The tradition was kept alive even during the era of communism, despite the fact that many people were persecuted for this.