The creative hub held its last open house on May 1, with the site slated for redevelopment. 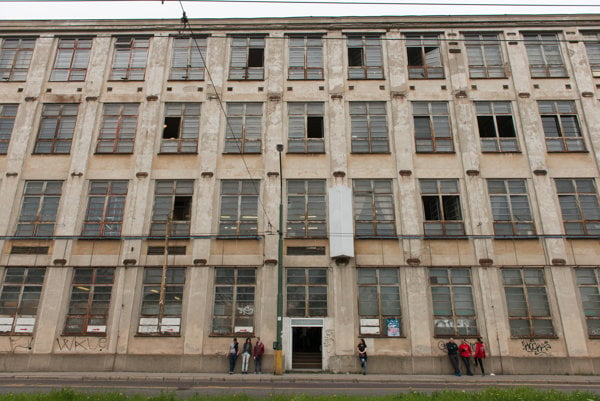 On Labour Day, May 1, tenants in the former thread factory Cvernovka opened their ateliers to visitors for the sixth and final time. All painters, sculptors, architects, designers, photographers and all others have to empty the old factory by June 30 amid a planned reconstruction and the group is looking for a new space to keep the creative energy alive.

“One of things why Cvernovka is very interesting is that there has met a large number of various types of crafts that are characterised by the term creative industry,” said film director Viliam Csino, one of founders of the Cvernovka Foundation launched to build from Cvernovka as centre of creative industry, culture and social development. “From people, for whom it is enough to have a place where to put a laptop and connect to the internet up to people manufacturing cable cars… If somebody would weld a space craft here, there will be somebody able to write software for it.”

Thus visitors had for the last time see ateliers of people who design books or posters for the Slovak National Gallery, a movable house Ecocapsule, or cable cars already in use in the Slovak mountains, just to mention few. 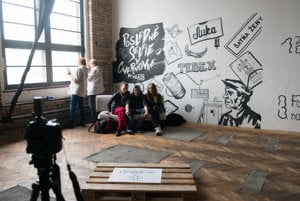 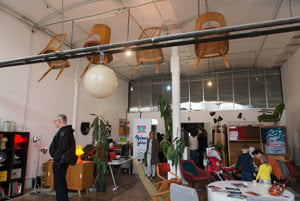 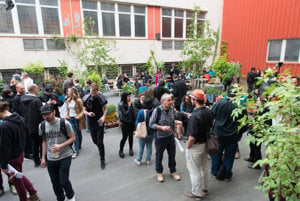 Now the Cvernovka Foundation is holding negotiations with private investors as well as the local administration about the future place of the creative hub while it does not want to specify possible premises as the negotiations are still going on.

“We are looking either for a short-term solution, which may in the end show up as a long-term, which will enable us to move in immediately, but our general goal is to find a final solution so the situation we are in now does not repeat,” designer Boris Meluš, one of founders of the Cvernovka Foundation, told The Slovak Spectator.

The first artists moved in the Pradiareň (the spinning mill) building sometime in the early 2000s. Since it ceased to function as a factory in the early 2000s, ownership has changed several times. As its location is close to the city centre and the planned development on the Danube embankment as well as the Twin City project, and because it is one of last industrial premises in Bratislava, plans to knock down the buildings have sparked opposiion. In the end the historical dye shop Farbiareň was pulled down, but one of the buildings, Pradiareň, was declared the national cultural monument. 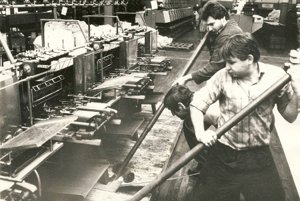 The Slovak-Finnish developer YIT Slovakia acquired the Cvernovka premises from the former owner, the French Hamilton Group, last November. After months of negotiations it asked tenants of Pradiareň to move out as it plans to do historical research here and then to restore it.

“We agreed that we did not agree,” Meluš told The Slovak Spectator, praising the open approach and culture of discussion with YIT Slovakia. The Foundation Cvernovka wanted either to buy Pradiareň or agree with the developer on creation of a centre for creative industry in it, but the negotiations failed. 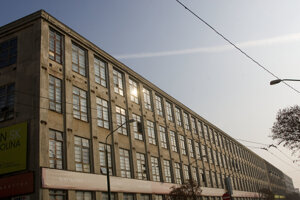 YIT Slovakia has not specified yet its plans with Pradiareň. The intention of YIT is to keep the genius loci of this area also in the future project but today it is too early to specify usage of individual objects, the company wrote in its press release from April 11.

“We realise the value of the creative hub that has grown here over the years and thus we do not refuse the idea of its continuation,” said Milan Murcko, head of YIT Slovakia, as cited in the press release. “With support of the city or also the state and securing of financing via various funds, grants and subsidies there could be created here a sustainable project as we see in several examples abroad.”

While the Cvernovka Foundation does not rule out the possible return it does not see it as probable as they hope that by the time the restoration of Pradiareň is over, they will be settled at a new place.

“We want to develop a creative centre that would be here for a longer time so that it is possible to plan and invest,” said Meluš, specifying that they are looking for place with a longer prospect of five or more years or which they could buy.

For now they have a support of the whole creative hub. In total there are about 30 ateliers or subjects dwelling in Pradiareň, of which about two thirds account for creative industry. Now they use roughly 6,000-7,000 square metres, but at the new place they can start at a smaller place, but not less than 3,000-4,000 square metres. They are primarily looking for industrial premises.

“The advantage of industrial [premises] is that they have relatively well set price levels and that the space is not pre-prepared for future tenants,” said Meluš, adding that as these will be people from the creative industry, it is no problem for them to adjust the premises for their needs. “Another thing is that industrial premises are flexible. Usually these are large halls that can be divided into smaller ones when one needs a high ceiling and another wants a dirty workshop.”