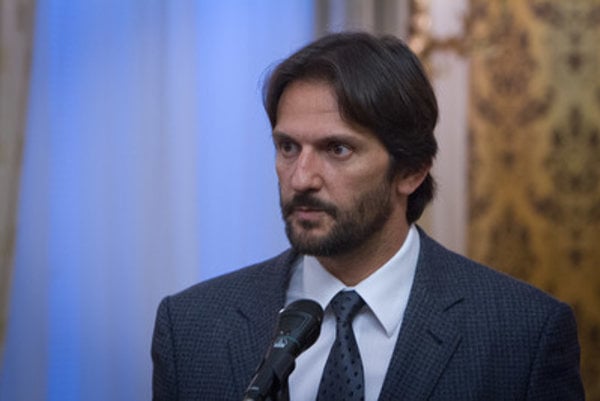 The opposition is not happy about the payments, either, and Interior Minister Robert Kaliňák said after cabinet session on May 4 that Slovakia will not support this newest proposal.

Kaliňák called the motion a backward step that does not reflect reality. Moreover, it is tabled at a time when the migration flow across the western Balkans has been stopped and an agreement with Turkey concluded. “All of these facts represent instances of consensus that came into existence with great difficulty against the backdrop of the migration crisis and suddenly – in the midst of these extremely sensitive talks – a motion is tabled that takes us back nine months,” Kaliňák said, as quoted by the TASR newswire. He pointed out that the proposal has to navigate a long political path ahead before coming into effect and the way is blocked by EU member states and the European Parliament. "I’m telling you straight away that Slovakia won'’t support the proposal, but we’re always striving to have the largest possible number of countries seek sensible solutions," said Kaliňák, who does not expect the proposal to win support from many countries.

Earlier that day, the European Commission announced its intent to introduce significant changes to the European asylum policies with an eye towards alleviating the pressure on the overburdened countries. The Commission wants EU members rejecting the migrant resettlement mechanism to pay financial compensation to those countries that participate in the system.

“The SNS also disagrees with such a mechanism,” SNS press secretary Zuzana Kohútková commented on the quota system that has been bruited for the past nine months.

Most-Hid underlines that it has not agreed with the mechanism of mandatory migrant resettlement quota in the first place and rejects any financial compensation. “Also because we don’t see how this system of resettlement could really work with the free movement of people in place,” said Most-Híd spokesman András Nagy, as quoted by TASR. “On the other hand, we think that it’s right to have countries shelter refugees on a voluntary basis, which is Slovakia’s case.”

The decision of the European Commission to impose fines worth €250,000 on countries per every single migrant they refuse to shelter is stupid and outrageous, representatives of some opposition parties claimed. “Instead of having the European Commission actually contribute to the protection of Schengen’s external borders, the only thing they managed to come up with is the plan to resettle migrants across the whole of Europe, which Slovakia has opposed in the long-term,” Freedom and Solidarity (SaS) leader and MEP Richard Sulík said.”The EC has consistently ignored the will of the citizens in the majority of countries and that’s the prism through which the latest proposal to pay fines must be seen.” Sulík is convinced that imposing fines on EU members over the fact that they respect the will of their own people represents an egregious violation of any cohabitation and rules in general.

Leader of the We Are Family / Sme Rodina party, Boris Kollár, called the EC motion a stupidity that Slovakia must turn down. “What needs to be done instead is to shut down and patrol the EU’s borders. Brussels needs to realise that we’re not its minions and lackeys but equal partners. We’re against the dictate and punishment for something we haven’t caused,” said Kollár, as quoted by TASR.