More Slovak music on the airwaves 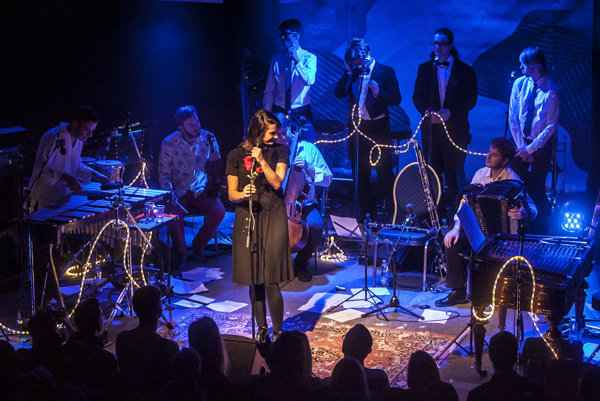 Playing Slovak music in late evening hours or during the weekends is how some radio stations respond to the new rules intended to help Slovak music amid competition from foreign rivals.

Parliament adopted new rules introducing mandatory quotas for Slovak music last autumn. This means that as of April 1 all radio stations need to play more songs with Slovak lyrics or an author with permanent residency in Slovakia. The Culture Ministry expects the new rules will result in “renaissance of the Slovak music”, but some experts warn the quotas do not necessarily help achieve this goal.

“A good song does not need quotas to go on the air; it will do it thanks to the interest of listeners,” Tomáš Trokšiar of the Rádiá.sk website told The Slovak Spectator.

Several private broadcasters have already complained that the new rules are at odds with the format of their radio stations. Moreover, they are afraid the higher share of Slovak music may lure away listeners.

The Culture Ministry however considers the complaints of the broadcasters “unfounded”, spokesman Jozef Bednár said.

Though such quotas also exist abroad, for example in France, the difference is the market size. There is a difference whether the country has 50 million or 5 million inhabitants, Trokšiar says. As a result, a country selects songs from a smaller pool and they may soon become repetitive. As a result, some people may turn to alternative radios, for example on the internet.

“Our initiative does not intend to hurt or dispose of any radio,” said Martin Ďurinda of Tublatanka band, one of the co-authors of the quota rules, as quoted by the TA3 news channel. On the contrary, they wanted to offer space to everybody who creates good and quality music, he added. 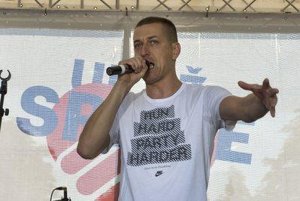 Looking for talent not easy

The law stipulates that the commercial radio stations have to allocate at least 20 percent of broadcasting per month to Slovak music, while next year it should increase to 25 percent. For public-service radios the share is even higher: 30 percent of this year and 35 percent as of 2017. Moreover, the radios have to broadcast the music between 6:00 and 24:00.

The law also orders the radio stations to allocate at least one-fifth of the Slovak songs from the past five years.

The broadcasters adapted to the changes in different ways. Some commercial stations play them at times when people listen to them the least, which means after 21:00. This is the case of Rádio Expres and Fun Rádio. Európa 2 plays more Slovak songs only during the weekends, Trokšiar said.

On the other hand, public-service Rádio Slovensko and private stations Rádio Jemné and Rádio Vlna used to play more Slovak music even before the new rules came into force, thus their playlist will not change dramatically, he added.

After the new rules came into force, all radio stations probably had to look into their archives and play older Slovak songs more often, opines Miloš Mistrík, chair of the licencing authority, the Council for Broadcasting and Retransmission (RVR).

“Now the time will come when the music reporters will have to try looking for unknown talents, search the music archives and support the creation of new music,” Mistrík told The Slovak Spectator, adding that it will not be easy.

Though the original purpose of the law’s authors was to get more new Slovak music to the air, Trokšiar doubts this goal. Every bigger radio station surveys the popularity of the songs they air, but the Slovak music often performs poorly, he added.

“The quotas were pushed through by artists who have not made a successful song for years and their older hits gradually vanish from broadcast,” Trokšiar opines.

Based on RVR’s decision, six radio stations were allowed to bypass the quotas. This includes two stations of the public-service broadcaster RTVS (Rádio Devín, which focuses on classical music, and Rádio Patria for minorities), and four stations playing only rock music.

“Slovak rock music is not much developed,” Mistrík told the press in mid-April, adding there were not such bands in 1980s and 1990s, thus there are not many songs to fulfil the quotas.

Ďurinda however disagrees. According to him, Slovakia has rich rock and pop-rock production. The fact that rock is not a minority genre is proved also by the number of visitors to rock music summer festivals, he told the Sme daily.

RVR also allowed two radio stations, Rádio Best FM and Rádio Pyramída, not to observe the rule of playing new Slovak music. While the former plays only oldies, the latter is a digital radio station playing only classical music.

All exemptions will be valid only until the end of the year as the shares will change in 2017.

Though some mainstream stations, including Rádio Expres, Fun Rádio and Európa 2, also asked for exception, RVR refused to grant it to them. They can still turn to courts if they are dissatisfied with the decision, Mistrík said.

Some broadcasters have already hinted such steps. The radio stations with exceptions in fact have some advantages in the market. This “proves the deformation of the market and gives the court a reason to look into the case”, Ziman told the Hospodárske Noviny daily.

Also Ivan Antala, general director of Fun Rádio, says they will use all legal means to fight against the quotas. Jitka Fürst of Európa 2 told Hospodárske Noviny that they will consider further steps in the issue as the current situation threatens their business strategy.

Mistrík sees as a problem that the exceptions are not limited.

“It may happen that a rock radio will obtain an exception and will soon transform to mainstream radio and will compete with other radio stations without this exception,” Mistrík said.

There are, however, also other problems to which broadcasters point. One of them is that since there is certain time for playing Slovak music, its actual share on broadcasting time is higher. In case of private radio stations, it is in fact 26.7 percent, said Patrik Ziman, director general of Fun Rádio and president of the Association of Independent Radio and Television Stations. Next year it will increase to 33.3 percent, he added.

Moreover, the mandatory share of Slovak music on broadcasting is set on 20 percent and cannot be lower, though RVR felt in some cases it could be only 10 percent.

“I have already informed the culture minister about these issues,” Mistrík said, adding that are currently preparing a letter in which they will sum up all proposals for changes.

The potential changes to the law however will come into question only after some time, “when the practice sufficiently proves its effects”, Bednár told The Slovak Spectator.