Pirates of the Caribbean

Tom Nicholson reports from the Bahamas 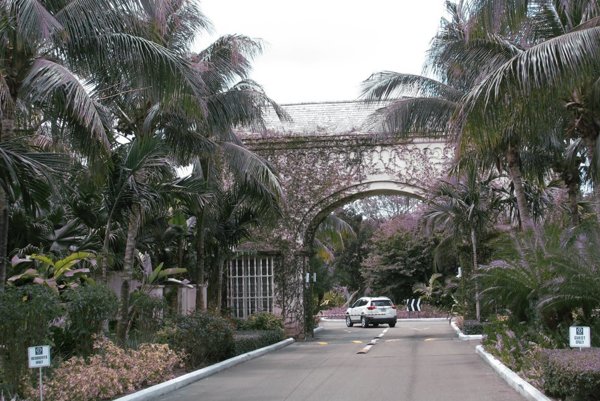 “The Old Fort Bay Club started its life as a fort,” the PR brochure claims. “It was built by the British sometime in the 1700s during a lawless moment in colonial history when the Crown spent enormous time and energy keeping pirates under control in this part of the world.”

But according to local Bahamans, Old Fort Bay and its “old money” neighbor, Lyford Cay, have once again become the lair of scofflaws – this time from international finance. 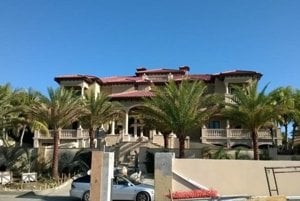 Read also: Money from health insurer could be in Bahamas Read more

“There’s a lot of serious gangsters living there,” said American construction entrepreneur Merrick, 42, who has lived in the Bahamas since the early 1990s, and claimed to have a work permit to Old Fort Bay. “I’m a bit of a gangster myself, but I don’t hurt people – I feed the 10 families of my employers.”

“This was always a pirate town,” said George, the Greek born owner of the Pirates Pub & Grill in Nassau. “The only difference is that nowadays they don’t wear an eyepatch and a hat.”

Perhaps the most infamous of Bahamas’ modern buccaneers is the “Pirate of Prague” himself, Czech entrepreneur Viktor Kožený, who settled in Lyford Cay in the 1990s.

Kožený was later held in pre-trial custody in Bahamas for two years, thanks to a US indictment charging him with defrauding his partners of almost $200 million in a failed plan to privatize the Azerbajzan national gas company in the 1990s. Kožený was ultimately released in 2007 after a Bahamas court ruled the US had no jurisdiction in the case.

Tracking down his property through the Bahamas real estate registry is no simple matter. His name appears only once, in 2004, in connection with an “equitable charge” in favor of Luďka Kožená, the “pirate’s” first wife, concerning a property “known as and called Turnstar situate at EP Taylor Drive, Lyford Cay.” Kožený is divorced from Luďka.

From 1996 to 2000, Turnstar issued $25 million in debentures (unsecured loans) to two unknown companies, Aigan Investments and Ibulo Investments Inc. In 2007, these debentures were cited in an action to seize the Lyford Cay property.

According to the commercial registry, Turnstar was founded on October 19, 1994 by the renowned Bahamian law firm Graham, Thompson & Co., with “over 60 percent of shares not beneficially owned by Bahamanians.”

Who these foreign owners might be was not revealed until 1999 – and even then for only a week – when Kožený accomplice Boris Vostrý served briefly as secretary and director from February 2 to 9. Apart from that glimpse, Turnstar was formally owned and managed by Graham Thompson people.

At the same time that Kožený appeared on the Bahamas scene, his Slovak partner in the Harvard group of companies, Juraj Široký (or, this being Bahamas, "Joraj Siroky"), also appeared in official records as being “of the Western District of the Island of New Providence” – which is where Lyford Cay and Old Fort Bay are located.

According to an “indenture of mortgage” prepared on July 29, 1995 by the law firm Kožený used (Graham Thompson), this Bahamas "Joraj" version of the Slovak oligarch Široký acted as “surety” (guarantor) of a loan.

It is worth noting that five months before the loan, on February 17, 1995, Harvard Capital Management (Worldwide) Limited was incorporated in Bahamas. Its registered agent was Graham, Thompson & Co. The shares were subscribed by Richard W Knowles, a partner at Graham Thompson until his retirement in 2001.

Harvard Capital Management (Worldwide) in 1997 won a tender to sell the assets of Kožený’s bankrupt Harvardský priemyslený Holding, valued at 20 billion Czech crowns. The money was never paid, and hundreds of thousands of small shareholders lost their savings.

The Graham Thompson law firm continued to provide services for both Kožený and Široký into the 2000s.

In November 2012, Graham Thompson lodged with the Registrar General’s Department the $1.3 million purchase contract by which Široký purchased Lot 6 and part of Lot 7 in Old Fort Bay – the site of his current villa.

But the smell of piracy remained, at least among Široký’s abettors.

The man behind Gruntsfield, Lester Smith, is the first cousin of George Smith, a cabinet minister forced to resign after the infamous 1984 commission of inquiry in the Bahamas, which stated he had “corruptly accepted funds from known drugs smugglers” – specifically a BMW from Colombian drug lord Carlos Lehder.

Stephen D Alsip, a Winnipeg-born lawyer who now lives in the Bahamas, was president of Manitoba Investments Inc. and signed the conveyance to Široký. Alsip was reported by the Winnipeg Free Press in 2004 to be the director of a company, 3857990 Manitoba Ltd., which owned a warehouse in which police had just busted Canada’s second-largest marijuana grow op.