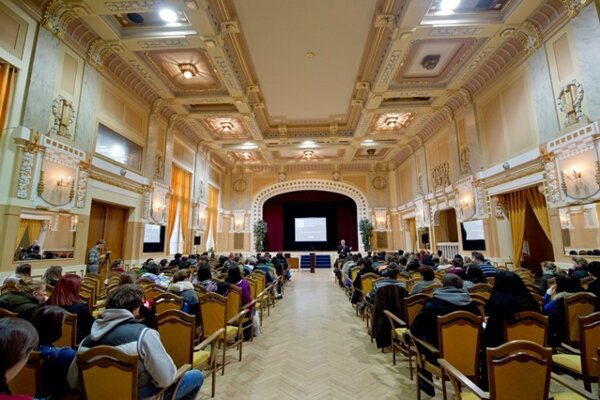 This option was offered to them based on a contract between the Education Ministry and the Comenius University (UK) in Bratislava, as rendered by the Faculty of Arts of UK and its specialised Centre for Slovak as a Foreign Language (SAS) within the eponymous programme. This stems from a summary report on the state and implementation of the Integration Policy of Slovakia for 2015 authored by the Labour Ministry and acknowledged by the government on May 4.

Foreigners who live and work in Slovakia learned the language in daily, evening and individual courses. The Education Ministry allocated a subsidy of €291,000 to the centre, connected with this programme, the SITA newswire wrote.

Another facility teaching Slovak for foreigners is the Centre for Continuing Education at the UK Bratislava. Last year, a total of 437 foreigners were educated in the centre.

The International Organization for Migration (IOM) and its Migration Information Centre last year offered courses of social and cultural orientation to foreigners. “The model was connected with open courses of Slovak language and it included basic issues, social and cultural orientation, like e.g. learning directions in a city, basic facts on Slovakia, Slovak traditions, history, geography, gastronomy, political, social, health-care and education system,” the Labour Ministry report reads, as quoted by SITA.

Overall 108 people completed courses of social and cultural orientation in Bratislava and in Košice in 2015.