Students of the Faculty of Informatics and Information Technologies (FIIT) Of the Slovak University of Technology (STU) in Bratislava HAVE developed software for finding shameful and inappropriate comments. 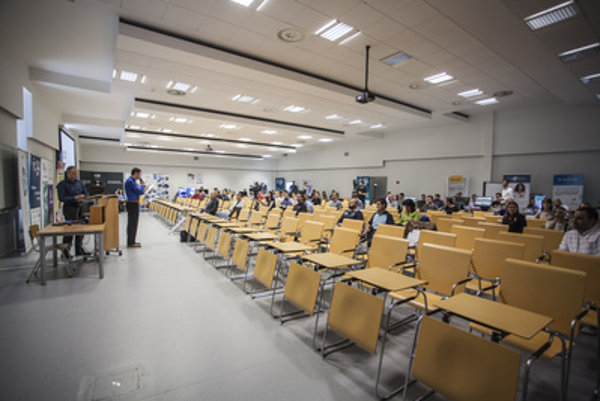 Thanks to this, they progressed to the semifinals of the world-wide competition of information professionals Imagine Cup, spokeswoman of STU Andrea Settey Hajdúchová informed the SITA newswire.

The TrollBusters team is comprised of four students: Monika Filipčíková, Jakub Adam, Andrej Švec and Filip Vozár; they are tutored by lecturer Jakub Šimko. Since autumn, they have been working on developing software that seeks to discover slanderous and insulting comments in debates under media stories or on social networks.

In the Imagine Cup organised annually by the Microsoft company, this is already their second partial victory: previously, they won the Big Idea Plan competition which evaluated the idea and innovative potential of the students’ project.

As student Jakub Adam explains, “the user can choose almost 20 parameters which software should notice; these can be for example vulgar words, advertisement, personal insults or unusual activity of the poster”.

Only Slovaks and Canadians made it to the semifinals – out of 200 countries – in the online evaluation. Canadians focused on the effectiveness of fuel consumption. In the semifinals they will compete against winners of national competitions of the Imagine Cup which are organised in about 50 countries by local Microsoft branches. The winner of the semifinals will participate in the finals, to take place in June 2016 in Seattle.