Services on the rise

The sector helps the economy, but needs further support to grow. 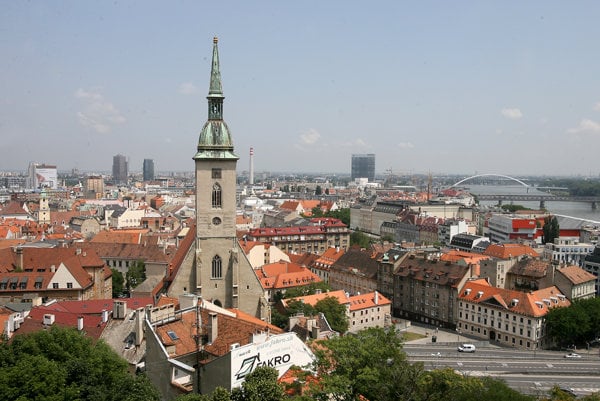 The highest number of BSCs are located in Bratislava. (Source: SME)
Font size:A-|A+3

“Shared service centres have several added values for us,” Rastislav Chovanec, state secretary of the Economy Ministry, told the Hospodárske Noviny daily in late March, adding that they create the second pillar of the country’s industry-dominated economy. “Thus we can balance the focus on industry in Slovakia.”

The ministry drafted a strategy with an aim to adopt measures to make BSCs’ activities in Slovakia easier and strengthen the position of the country in the eyes of both domestic and foreign investors. When preparing the document, the Economy Ministry cooperated also with the representatives of existing BSCs in Slovakia who expect it will help the country progress in the BSCs field.

Since the competition in the central European region is strong, Slovakia needs to offer investors better conditions than its rivals with cheaper labour forces, stressed Monika Smižanská, director of PricewaterhouseCoopers Slovensko.

“Leaders of centres consider the biggest barriers of the entry to be the lack of an adequate labour force, the weak state support, the education system, the administrative and legal obstacles in labour law and the employment of foreigners,” Smižanská told The Slovak Spectator.

During the past 15 years more than 40 BSCs have been established in Slovakia, employing more than 30,000 people, 90 percent of whom are Slovaks. They focus mostly on young people. The average age of employees in BSCs is 32 years.

“The centralisation and outsourcing of business services is a global trend and will continue,” Richard Dírer, spokesperson for the Slovak Investment and Trade Development Agency (SARIO), told The Slovak Spectator.

The concept drafted by the Economy Ministry expects that some 20,000 new jobs in BSCs will be created by 2020.

The Business Alliance of Slovakia (PAS) however deems the concept unambitious. There is potential to create many more new positions, particularly if the country supports the development of services and improve the business environment. The organisation stressed that BSCs create the most job opportunities for young people.

“They are engines of employment, hire especially educated people and indirectly create more new jobs,” PAS wrote in a press release. “Unlike industry, they are less prone to dismiss people during a crisis.”

The alliance claimed that the sector of market and administrative services already employs more than 70,000 people and with other sectors, like information technologies and communication and financial and real estate services, they employ altogether 200,000 people. Thus the Economy Ministry’s plan to create 20,000 new jobs in BSCs is not sufficient, according to PAS.

“Slovakia should create at least this number of jobs every year,” the press release reads.

The potential to generate jobs is proven also by the latest statistics, according to which the market services sector creates more than 20,000 new jobs a year. In industry it is only 9,000 jobs, PAS stressed.

What makes Slovakia attractive for BSCs is the opportunity to work with a well-educated, highly skilled, and highly motivated workforce, said Jake Slegers, executive director of the American Chamber of Commerce (AmCham) in Slovakia.

Companies, however, start experience challenges to recruit experts, according to the representatives of Business Service Center Forum (BSCF), driven by AmCham, which brings together shared service centres and business process outsourcing providers operating in Slovakia.

“In general, there’s a small job market pool of senior positions in all fields (both technical and non-technical as well),” BSCF chair Gabriel Galgóci of AT&T company told The Slovak Spectator.

Though there are 35 universities and colleges with more than 40,000 graduates a year, they cannot meet the requirements of BSCs, confirms Smižanská. According to her, they have weak skills in communication, especially foreign languages, and project management, but they also lack sufficient analytical approach to solving problems.

Some companies already cooperate with secondary schools and universities in order to have good job candidates, Galgóci said.

“Our intention is to identify areas in which BSCF members can support students by offering workshops or lectures with our own experts, who share their experiences and practical skills,” BSCF Vice-Chair Martin Bednár of Dell said.

The BSCF members work with schools to identify opportunities for getting students involved in projects or case studies, where we can “leverage their skills and knowledge and help them get experience with real life cases”, added BSCF Vice-Chair Paul Burt of IBM.

Need to be competitive

Smižanská, however, sees other risks for the whole BSC sector in Slovakia: its rivals in the central European region. This concerns mostly Poland, Romania and Bulgaria which offer lower labour costs and state support.

“Our competitiveness during the past 10-15 years has worsened when compared with, for example, Poland,” Smižanská said, stressing it is necessary to adopt changes.

The Economy Ministry, among other things, wants to amend the rules for investment aid. In order to make it easier for BSCs to receive state aid, they will not have to acquire property worth at least €400,000, the ministry’s draft concept reads. The centres will still have to create at least 40 new jobs, of which 60 percent will require university education.

Yet PAS claims that the state should rather improve Slovakia’s business and legal environment, as well as education and quality of life if it wants to motivate investors to invest in BSCs.

“This will attract new investors to Slovakia and support the creation of tens of thousands of new jobs,” PAS continued.

Rather than stimuli, which PAS considers only temporary help to investors, the state should simplify the employment of people working abroad, but also make the labour market more flexible.

Another problem is low flexibility when it comes to approving applications for residence and work permits submitted by nationals living outside the European Union, says Gabriela Vlková of company Embraco, which opened its shared service centre in Košice in March 2016.

The Economy Ministry’s document proposes that the Interior Ministry should adopt provisions to simplify and accelerate the process of scrutinising applications for residence and work permits for high-qualified people from outside the EU until July 31, 2016.

The BSC sector in Slovakia is currently driven mostly by expansion of existing centres, which diversify their services or extend the offer of provided services with added value. There are also smaller shared service centres created by industrial firms, Dírer said.

Moreover, SARIO is currently discussing five more investment projects, of which one concerns the expansion of an existing company and four are completely new investments. They can generate together 1,300-2,700 new jobs in Slovakia.

SARIO expects that the centres may gradually turn into excellence centres in the future, focusing on research and development. They may also penetrate into new outsourcing fields, like providing services in IT security, developing and testing of processes, and e-sourcing, Dírer said.

According to BSCF, Slovakia has to continue to improve the legislative framework which will create a flexible business environment and will support further expansion of the BSC sector.

“The action plan proposed by the Ministry of Economy in cooperation with other stakeholders to stabilise current BSCs and support future expansion should create the foundation for growth and development of the sector in Slovakia,” Galgóci said.