Socially engaged culture on the rise

In Banská Bystrica, the second year of the Embargo festival, a spring activity of the Nie v našom meste / Not in Our City platform strives to shake and awaken people through theatre performances, film screenings, debates, Speakers’ Corner and art installations as an accompanying programme. 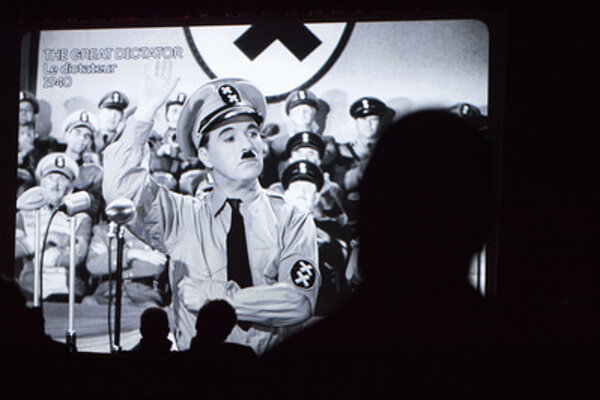 The festival, taking place between May 2 and May 8 at different venues but mostly in the organising Záhrada Centre of Independent Culture “breaks the embargoes on ideas, world views, locations, memories”, according to the bbonline.sk website. Some of the performances and the visual and music installations (on May 8) need no language, while the majority of events are in Slovak.

In the capital, the Pokračujme bez fašizmu / Let Us Continue without Fascism (“the week of anti-fascist events marking the anniversary of the end of WWII)” brings similar events to Bratislava streets, between May 4 and 8. Reading of anti-Fascist poetry, screening of a controversial documentary followed by a debate, of another film, the famous Dictator by Charlie Chaplin, a commemorative event pointing to the victims of Fascism, and paying tribute to the memory of members of anti-Fascist resistance in Slovakia, accompanied by video-screenings and the concert of B-Complex. During night of May 8, an anti-Fascist party Love Music Hate Fascism starts at 22:00, offering Nada El (SK), Yasvi (ESP / Medena Records) Lajči (SK / PKO soundsystem), Julien (FRA / IDB/TF23). Admission is free.

More information (in Slovak) can be found at www.embargofestival.com and www.citylife.sk.