Frequent and notable cases of cutting down trees evoked protests by local activists. 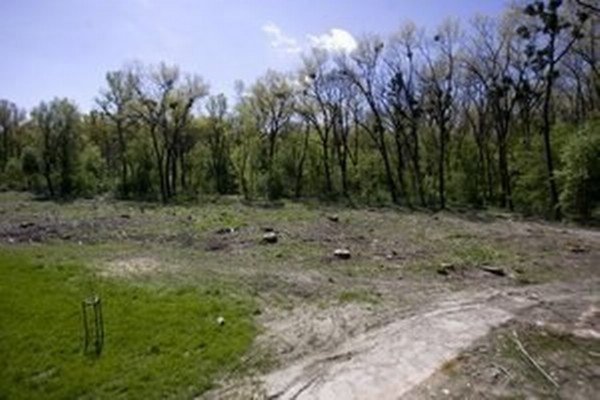 Bratislava has lost some of its public greenery recently. While the municipal authorities argue that only old and damaged trees are being cut down and are quickly replaced by new ones, environmentalists are protesting and calling for a termination to mass tree falling.

Though most of the trees had to give way to projects of developers, foresters regularly cut down sick or high-aged trees also at the behest of the city. Bratislava mayor Ivo Nesrovnal argues that many green areas are in bad condition and several of them are reaching the peak of their life.

“The only meaningful solution is to plant new trees and replace those that are old and sick,” Nesrovnal wrote in a press release.

Mikuláš Huba, environmentalist and former MP, maintains that under the pretext of alleged diseases all valuable trees in the city must disappear. But any form of organism is a bit sick in some way, he said.

“We should prefer to deal with the reasons of the diseases,” Huba said during a discussion organised by youth organisation Nová Generácia (New Generation) in early May.

In April, the state-run forestry company Lesy SR began cutting down trees on Bratislava’s oldest water-source island Sihoť, with a plan to revive 50 percent of the decayed poplars over the next decade. But the Agriculture Minister Gabriela Matečná (SNS nominee) stopped the felling after protests of environmentalists who alleged there were other reasons for the felling.

Lesy SR is not protecting water from poplars. What it does is commercial mining of material for energetic and chemical industries, Miroslav Dragun, head of the non-governmental organisation Institute for the Development of the Bratislava Region (IRBK) and well-known activist, said after the initiation of the felling at Sihoť, as quoted by the Pravda daily.

Huba too emphasized that biomass energy business was appropriate in the calamity period more than 10 years ago when there was plenty of material. But now, such a capacity is missing, he said.

Andrej Kovarík of the State Nature Protection (ŠOP) said during the discussion that Lesy SR does not support the so-called beyond-production function of the forest.

“The state-owned company is being pushed into being permanently profitable to cover its cost of running,” Kovarík said.

The island is mainly a strategic water source in the first zone of sanitary protection which supplies water to about 150,000 people, however, it is protected only by fence, Huba said.

“The fence does not hinder those who would like to fetch the last blow of grace to rare ecosystems and water-source in the next ten-year plan,” Huba said.

Dragun pointed out that foresters planted bred poplars even though they did recognise it as improper species for this area.

“They spread butter on their own heads,” Dragun told The Slovak Spectator.

Kovarík too noted that bred poplars brought elements that do not belong in the area, including the only economical way of all-over harvesting.

The situation could be solved if city foresters Mestské Lesy take over management of forests in the area of Bratislava, currently managed by the state company Lesy SR, Ivana Skokanová, the speaker of the Bratislava mayor’s office, said.

Activists would like to revive a project of the National Park Podunajsko in the hands of ŠOP.

“Reclassification of the island to the area protected by citizens could be a sign that residents take concern in Sihoť and all forests in Bratislava,” Dragun said.

The first phase of Podunajsko could include the Danube and Moravian floodplains around Bratislava and hillside of the Devínska Kobyla hill. In the second phase environmentalists dream about the entire floodplain of the Morava River and the valuable forests, water and wetland ecosystems below Bratislava, Huba said as quoted by SITA newswire.

Controversial felling, however, goes beyond the Sihot area. In the Kollárovo Square more than 60 full-blown linden-trees, spruces and maples have to make room for a public underground garage. While the proposal of former mayor Milan Ftáčnik to build a garage in the area ended up on the table of the County Court, Nesrovnal approved it again.