The water mill in Dunajský Klátov, in southern Slovakia, was reconstructed and put into operation as an open-air museum in nature. 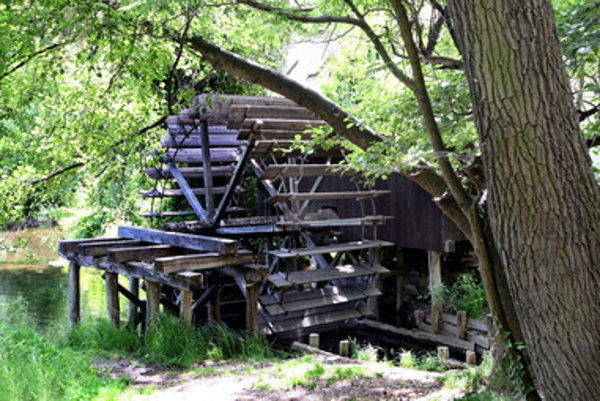 The project of reconstruction and renovation included construction and technology revamps, barrier-free access, and reinforcement of the banks of the mill run and river bank under the lock gate, as well as renovation of the water wheel, system of gears and lower transmission, the TASR newswire wrote.

The cultural technical monument Water Mill in Dunajský Klátov lies in the Dunajská Streda district, on the bank of a branch of Malý Dunaj (Small Danube) river, in the Klátovské rameno (Klátov Branch) Nature Reserve. It is a typical example of a bottom mill, and unlike other mills in this region, only the wheel and the driving part are placed in a wooden addition; the grinding room itself is of bricks.

The mill got its current look with the last rebuilding in 1920. the great-granddaughter of the founder, Ágnes Cséfalvay, is very happy about the reconstruction, she told the SITA newswire. She used to play in the mill as a child. For her great-grandfather, Ján Cséfalvay, building the mill was a dream come true. The mill operated until 1942, at the time of Michal Cséfalvay, and then a bridge was built in 1950s and the water was re-directed. The mill belonged to the family until 1986. Since 1987, it has served as a museum. In the second half of the 1980s, the mill and its vicinity were pronounced a state-protected area.

The mill was saved due to a coincidence, according to Ágnes Cséfalvay: “Around 1960, the last miller, Michal Cséfalvay, received an order to completely disassemble the mill,” she said. “However, his only son was doing his obligatory military service, and so Michal answered he had no male relatives to help him move the mechanism. Then, the issue got somehow forgotten.”

The recent reconstruction was financed from Norway grants and by the Slovak government.

The mill, which has survived floods and communism, is a museum of the miller’s trade open to the public.