Former leader of the Christian Democratic Movement (KDH) and Slovakia’s first EU commissioner (2004-2009), Ján Figeľ will become the first ever special envoy for the promotion of freedom of religion or belief outside the European Union as of May 6. 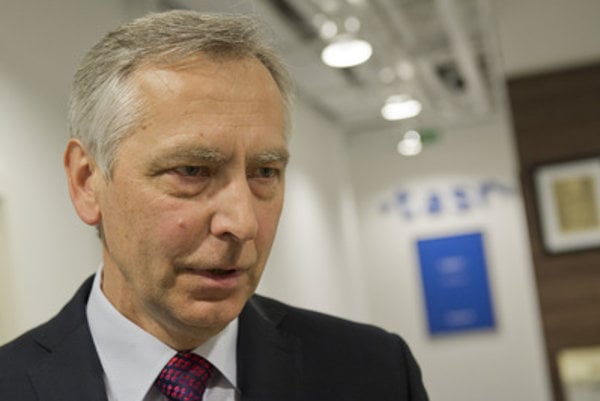 The special envoy will serve as special adviser to Commissioner for International Cooperation and Development Neven Mimica, the TASR newswire learnt from diplomatic sources close to the EU executive who wished to remain anonymous. The one-year mandate for the post is renewable.

European Commission (EC) President Jean-Claude Juncker officially announced the creation of the new post during the ceremonial presentation of the Charlemagne Prize to Pope Francis later on the day.

The decision to appoint Figeľ was made on May 4 by the Collegium of Commissioners based on Juncker’s initiative. Juncker met Figeľ in late January to listen to his proposal to create this post. He then discussed it with European Parliament President Martin Schulz who welcomed it.

Figeľ publicly presented the proposal at the European People’s Party (EPP) congress in Brussels on March 19, 2015, when his initiative was backed by EPP chief Joseph Daul. The idea also met with a positive response from German Chancellor Angela Merkel. The former KDH chair told TASR before the EPP congress that he had sent an official letter regarding the proposal to top EU officials, addressing not only Juncker but also European Council President Donald Tusk and EU foreign affairs chief Federica Mogherini. Figel said in this context that “activities developed so far by the EU within the humanitarian and development or diplomatic field haven’t been sufficient in terms of effectively protecting believers”. He added that the creation of the special envoy post could make this agenda more visible and effective.

Europe should care more about freedom of religion, Figeľ said on the same day, as quoted by TASR. on Friday. He thinks that support for freedom of religion around the world is one of the measures by which Europe can help itself as well as Syria and Iraq to tackle the migration crisis. According to Figeľ, protection of religious freedom could decide “whether we’ll be surrounded by anxiety and conflict, or if there will be a friendly, stable and prosperous environment”. In his new post Figel plans to combat the persecution of religious and ethnic minorities. “My aim will be to create a synergy in EU policies in order to help freedom of religion in third countries in which freedom of religion is on the decline or doesn’t exist at all flourish more and more,” Figeľ told TASR.

Figeľ spoke about this initiative in February 2015 when Islamic jihadists cut the throats of 21 Coptic Christians in Libya. Along with non-governmental organisations, he organised a protest demanding that Slovak, European and international institutions should stop genocide and “act on behalf of persecuted Christians around the world”.

Analyst Ján Baránek commented on this step that he is annoyed by the “political immortality” of Figeľ, who steps down as the chairman of the failed KDH party. "Ján Figeľ, who came all the way from a college chairman of the Socialist Union of Youth [i.e. communist youth organisation], to a Christian democrat after 1989 [after the Velvet Revolution that toppled the communist regime], and after he achieved an election debacle with KDH, managed to take care of himself,” Baránek said, as quoted by the SITA newswire. He is mostly surprised by the agenda of the Slovak politician. “I have worries if a politician like Ján Figeľ should look after persecuted Christian – God bless them,” Baránek opined. “The persecuted Christians will have a lousy advocate in Figeľ.”