The transit of Mercury across the Sun seen also in Slovakia

The transit of Mercury across the Sun on the afternoon of May 9 will be visible also in Slovakia. 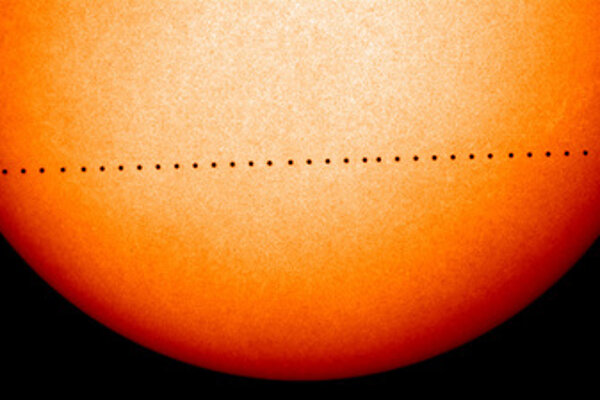 Image by NASA and the ESA's Solar and Heliospheric Observatory of an earlier (2006) Mercury transit. (Source: AP/TASR)
Font size:A-|A+0

This rare phenomenon occurs about 13 times in a century. The next chance will be in November 2019 but it will be only partially visible. The next fully visible transit will take place in 2032.

The spectacle begins at 13:12 on May 9 and ends at 20:40. i.e. after sunset, the TASR newswire wrote. “Observers from western Slovakia are slightly advantaged against those in the east, as in the west the Sun sets down 23 minutes later,” Pavol Rapavý of the Slovak Association of Astronomers told TASR. “As the angular diameter of Mercury is small, we will not be able to see it without a telescope, as it will be 157-times smaller than the seeming diameter of the Sun.” 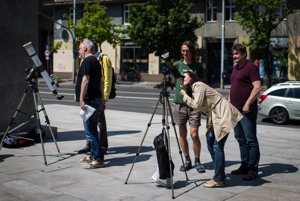 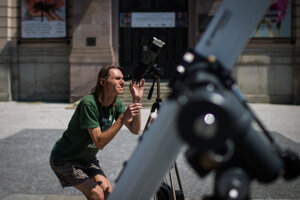 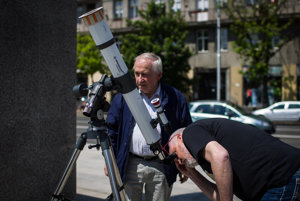 The transit of Mercury (4 photos)

The safest way to observe the phenomenon is a projection in a darkened room. “With the Sun having a diameter of 25 centimetres, Mercury will be a small black disc with a diameter of only 1.6 millimetres,” Rapavý said. “If we want to observe it directly, we put a good-quality filter in front of the telescope objective lens, e.g. the visual foil Astrosolar. The recommended minimal magnification is 50 times.”