New Drama 2016 “will cause drama on theatre scene”

The festival Nová dráma/New Drama 2016 focuses on local productions and, in the second week of May in several Bratislava theatres and culture centres, it will strive to present the finest selection of pieces recently premiered. 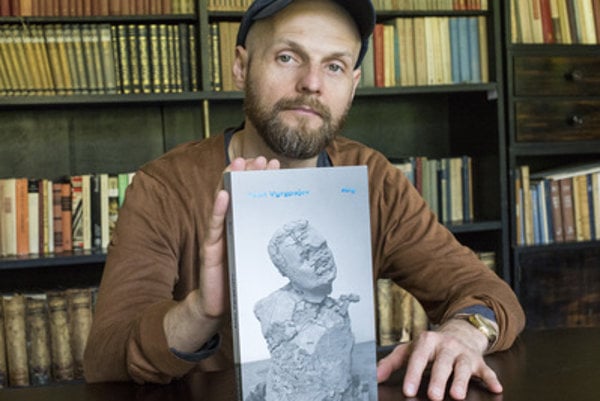 Ivan vyrypaev poses with a translation of his five dramas, at the New DRama 2016 festival. (Source: TASR)
Font size:A-|A+1

The 12th year of the festival, taking place between May 9 and 13, “has the ambition to cause drama on the Slovak theatre scene”, organisers of the Divadelný ústav / Theatre Institute claim, adding that it will show the most inspirational stagings.

In the main contest, eight performances compete for three prizes: the Grand Prix Nová drama prize, the Bratislava Audience Prize and the Student Jury Prize. There will also be the International Focus, with Focus on Bosnia and Herzegovina, the Triathlon competition of three selected dramas by Slovak authors, and a host of accompanying programmes – like book readings, lectures and debates with theatre-makers and authors, a master-class with playwright Ivan Vyrypaev (who is the patron of this years of festival) and the international colloquium Quo Vadis.

Within the Focus on Bosnia and Herzegovina is: the art grouping ART HUB from Sarajevo with their Someone Else’s Heart; A Theatrical Treatise on Borders by Biljana Srbljanović, directed by Dino Mustafić (on May 13 evening); two film screenings; a lecture by Mustafić; and a presentation of Slovak editions of plays by Bosnian playwright in the author’s presence, Tanja Šljivar, We Are the Ones Our Parents Warned Us of.

The competing pieces include all types of theatre performances, from big traditional theatres to small independent stages and a one-woman show. From Monday all the way until Friday, there will be City Theatre Žilina with Okay, Sure by Silvia Vollmannová; Andrej Bagar Theatre Nitra with Hamlet is Dead / Faust is Hungry by Ewald Palmetshofer; Aréna Theatre, Bratislava with Victim by David Jařab; SkRAT Theatre, Bratislava with Extracts and Substitutes; Tomáš Procházka, Peter Tilajčík: Kafka – Dreaming (authored by the two); Sláva Daubnerová: Solo lamentoso (authored by her); Drama of Slovak National Theatre, Bratislava with Rivers of Babylon by Peter Pišťanek; and ASTORKA Korzo ’90, Bratislava with A Pit Full of Holes by Michal Vajdička et al. 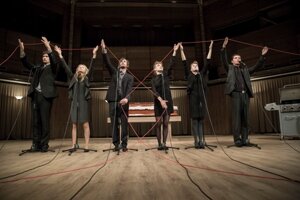 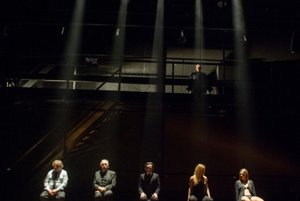 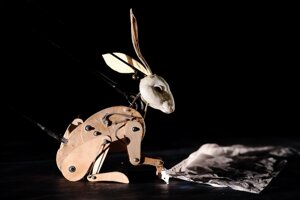 The international jury to pick the winner is composed of Dodo Gombár – Slovak theatre director; Tomasz Grabiński – Polish translator and culture manager; and Dino Mustafić director and organiser of the MESS festival, from Bosnia and Herzegovina. Three students will select the winner of the Student Jury Prize; and local audiences will choose the most popular production of the public.

The festival will be concluded by an Award-winning closing ceremony on Friday evening in the Slovak National Theatre.

The international events (colloquium, lectures by foreign guests) will be in English. All competing plays will have English subtitles, and thus will be available also for foreigners. More detailed information, also in English, can be found at www.theatre.sk/en/projects-and-services/nova-drama-new-drama-festival/New-Drama-2016.