Courtyards will open for the public again in the autumn. 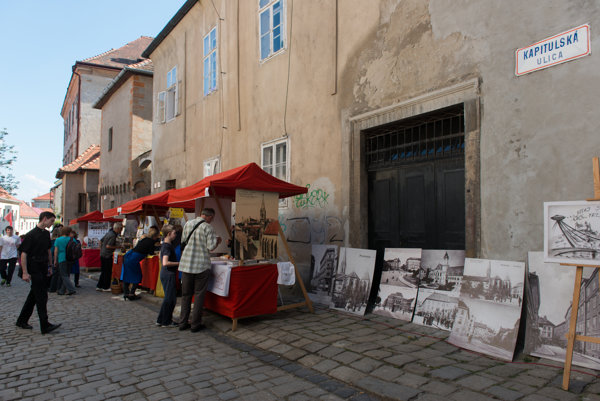 Only occasionally visitors can have a look into the hidden courtyards of historical houses flanking Kapitulská street, one of the oldest streets of the Bratislava’s Old Town near the St Martin Cathedral. One of such opportunities was on May 7 when nine courtyards opened for visitors and a programme was prepared on and near Kapitulská.

“The aim is also via such events to show the beauty, history and prospects of this part of the Old Town,” Ľubomír Boháč, founding member of the civic association Oživenie Kapitulskej ulice (Kapitulská Street Revival) told the TASR newswire prior to the event.

Those houses that enabled a look inside included also houses on Kapitulská 2 and 5 where the Christian Radio Lux and the Catholic newspaper Katolícke Noviny are located as well as the diocese’s centre for the youth on Kapitulská 20. The parish office of St Martin opened its premises on Kapitulská 9 too when the Conference of Bishops of Slovakia sitting on Kapitulská 11 offered also an exhibition of photos by Anton Frič about Iraqi refugees. The Slovak Catholic Charity offered a view into its courtyard as well its activities. 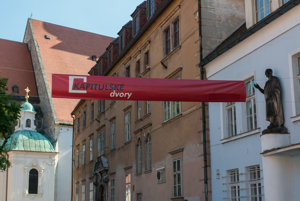 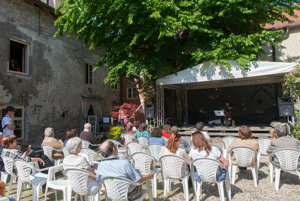 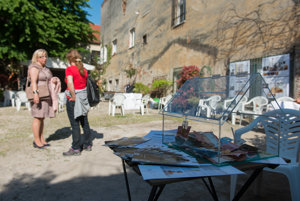 The event was also one of the few opportunities to have a look inside the house of the famous Albrecht family, renowned musicians. The house with elements of gothic, Renaissance, baroque as well classicism is currently undergoing a thorough restoration. The aim of the civic association Albrecht Forum is to restore here the centre of music and culture which used to be. The forum as well as musicians performing on stage in the yard traditionally use this event for raising money for the restoration. 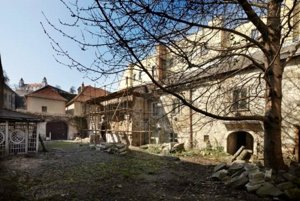 Moreover, stalls on the street offered used books, antiques, paintings as well as the local speciality Bratislavský rožok, a fine, crescent-shaped pastry with filling made from poppyseeds or walnuts.

It is estimated that Kapitulská street, similarly to the nearby Michalská street, dates back to the first half of the 14th century and was once the location of several educational institutions for the clergy as well as burghers. As its name indicates most of the edifices built in it belonged to the Church and no pub, café or shop has ever been allowed here. The street, which now houses a theological faculty, a seminary and a parish office, among others, has remained to be the street of priesthood which is allegedly its luck as well as weakness.

Those, who missed the opportunity to peer inside the courtyards will again have such an opportunity in the autumn.