Even though Slovakia’s foreign trade ended March in a surplus, it has disappointed analysts by failing to reach market predictions. 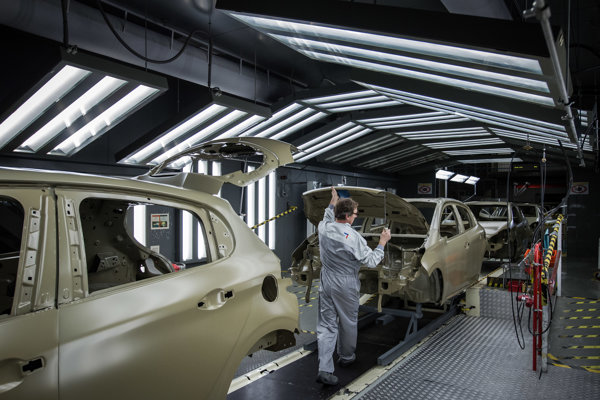 The month of March saw foreign trade record a surplus of €308 million, which was €138.2 million lower than the surplus recorded in March 2015, based on data of the Slovak Statistics Office revealed on May 9. Total exports amounted to €5.71 billion, which represented a decrease of 6.3 percent year-on-year, while imports also fell - by 4.4 percent to €5.402 billion.

“The surplus lagged behind the average market, as well as our expectations by more than €100 million,” Ľubomír Koršňák, analyst with the UniCredit Bank Czech Republic and Slovakia wrote in his memo.

Moreover, the Statistics Office also revised foreign trade figures for the first two months downwards by €27 million and thus the 12-month surplus decreased from 4.2 percent to 4 percent of GDP.

But Koršňák sees an even bigger disappointment in the change in heading of the foreign trade.

“After a record-strong March of 2015 as well as an above-average February of 2016, a month-to-month as well as year-on-year decrease could have been expected, but its extent has surprised us,” wrote Koršňák.

Exports in March decreased by as much as 5.4 percent m-to-m when seasonally adjusted while they fell by as much as 6.4 percent compared with the same period of 2015 when in February they reported year-on-year growth of 6.3 percent.

Koršňák ascribes the decline in March exports to the effect of Easter when the production was interrupted due to holiday, “but the extend of the decline indicates that this effect is far from explaining the whole decline”.

While the structure of exports would be known only one month later, Koršňák expects that exports will decline in all sectors of the economy including the automotive sector.

“The surprisingly weak March results only highlight negative risks of our prognosis for industrial production,” wrote Koršňák when he expects an year-on-year decline of industry also as a consequence of the extremely strong comparison base.