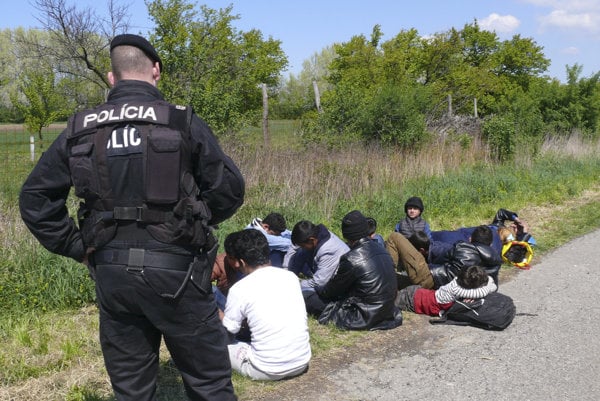 A female migrant from Syria who was shot in the wee hours of Monday close to Veľký Meder (Trnava Region), underwent surgery and is in hospital in Dunajská Streda in stable condition. The 26-year-old woman was admitted to the hospital with a bullet lodged in her back, which doctors successfully removed, the TASR newswire reported on May 9.

Customs officials close to Veľký Meder flagged down four cars full of migrants that entered Slovakia from Hungary. One of the vehicles allegedly refused to stop, prompting the authorities to open fire at its tyres, during which the woman was hit.

The arrested individuals were transferred into the custody of the National Unit for Combating Illegal Migration. The Police Presidium has not commented on the case yet.

According to a statement from the Financial Directorate, a people smuggler behind the wheel of a speeding car put customs officials in harm’s way with a swerving manoeuvre.

“The driver of the car failed to acknowledge an order to stop, even after a warning shot was fired,” Patricia Macíková, spokeswoman of the Financial Directorate, adding that the female passenger was injured in the process. “The vehicle came to a stop only after the customs officials shot at its tyres.”