We are eavesdropped on

In a country where an exotic individual like Ivan Lexa can become chairman of the parliamentary oversight committee for SIS, it seems pointless to argue over who should vet the legality of surveillance. 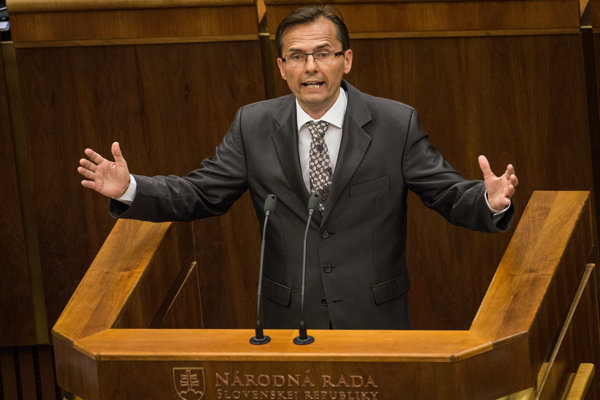 A number of years ago, I had a chance to vet thousands of pages of transcripts from telephone intercepts performed by Vladimír Mečiar’s SIS from 1996 to 1998. Apart from gangsters, politicians, privatizers and entrepreneurs, the collection included the conversations of dozens of journalists. Of these latter, none appeared to concern anything but journalists doing their jobs, or engaged in private business like doing the shopping or drinking with friends. Still, there they were, the ennui of their lives preserved for posterity. Illegally, of course – no court system could properly have vetted so many surveillance requests, if indeed any were submitted.

Illegal surveillance, like state-sanctioned murders and politically approved subversion of privatisation and procurement, was simply a lamentable part of life in this country during the 1990s and beyond. Inevitably, as time passed, organised crime in the state sector became more sophisticated. So when former PM Iveta Radičová told me that my phone had been bugged during Fico I as part of an SIS investigation to determine whether I was working for a foreign intelligence agency, I felt gratified they had at least sought official cover for their spying. And so again following the 2010 murder of lawyer Ernest Valko – I had been one of the last to talk with him, so this apparently was sufficient reason for a court to approve a further police intercept on my telephone. And then again in 2012, when I started writing about the tunneling of state assets by military intelligence during Fico I – I was revealing state secrets, and a court agreed that my sources should be punished.

In a country where an exotic individual like Ivan Lexa can become chairman of the parliamentary oversight committee for SIS (1994), it seems pointless to argue over who should vet the legality of surveillance. Police and secret services continue to conduct surveillance without applying for court sanction. And that sanction, if requested, is often justified with weak or fallacious statements, and then blithely approved by judges with little regard for follow-up measures (i.e. whether it was cancelled after the alleged reasons expired).

Yes, opposition MP Ľubomír Galko (SaS) is not the ideal candidate for a new commission to judge the legality of state-sanctioned bugging operations, given enduring doubts over his own use of surveillance from his time as defence minister. But let’s not pretend the government’s candidates are any better (Martin Glváč) – or that anyone is really getting serious about curbing illegal surveillance.