Jo Nesbo, a world-famous crime author, fulfilled his promise given to deceased Slovak rescuer Dušan Leskovjanský by hiking fifty climbing routes around the Polish Krakow in one day. 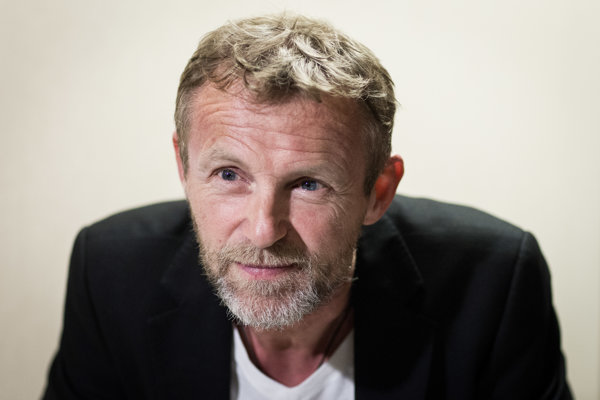 The first and last time they met was in May 2015 when Dušan accompanied the Norwegian writer while climbing in the Tatra Mountains and Slovak Paradise.

“Dušan told Jo the story about him and his friend Dano Mahdal wandering along fifty  climbing routes in Kalamárka within one day,” Dušan's brother Marek Leskovjanský told the Denník N daily. “Nesbo got interested and promised Dušan that he would also try that.”

But Nesbo was not able to fulfil his promise during the rescuer's life. Thirty-seven year old Dušan Leskovjanský died tragically, along with three other colleagues, in a helicopter crash in Slovak Paradise in July 2015.

After the incident, Marek Leskovjanský sent a tearful message to Nesbo.

“He replied to me that he is going to overcome those fifty climbing routes in Dušan's tribute,” Marek Leskovjanský said with respect, “he was looking for some areas in Sweden and around Krakow and he did it.”

Nesbo sent some pictures and a brief text about doch-an-doris to pay tribute to Dušan on the rock. The rescuer’s brother appreciates that although Jo Nesbo spent just a few hours with his brother he rendered him such a tribute.

Jozef Zelizňák, the Slovak translator of all of Nesbo’s crime novels, confirms the pleasant manners of the Norwegian writer.

“When we met in Bratislava he was extremely fleshly but not over-friendly with forced smiles or a forced welcoming drink with a translator,” described Zelizňák for the daily, “but when we started to talk he was interested in common topics.”

Jo Nesbo climbed in honour of the Slovak rescuer although doubtless he has lots of work. Zelizňák says that he is writing a new crime story with Harry Hole which should come out next spring and he will definitely translate it to the Slovak language. Simultaneously, Tomas Alfredson is shooting a film based on the Nesbo’s book The Snowman with Michael Fassbender and Charlotte Gainsbourg in the lead roles, and Nesbo is also focusing on a project, Hogart Shakespeare, in which several world authors have been writing their own equivalents of works by the British dramatist on the occasion of 400th anniversary of his death.

Jo Nesbo has sold more than 2 million of his bestsellers just in Norway, and which have been  translated into forty languages around the world.