Vass: The atmosphere now is like in the 1930s but worse

Can Bratislava become the Davos of security policy? Perhaps, but only as part of a larger vision that includes new congress capacities, says Róbert Vass, founder of Globsec security conference that recently took place in Bratislava for the 11th time. 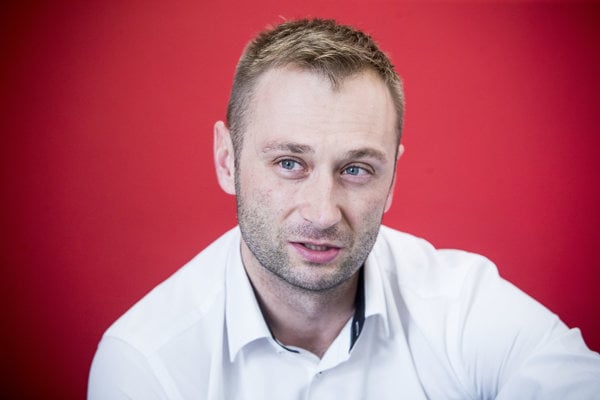 TSS: How was this year’s Globsec?
Róbert Vass (RV): The conference is increasing its global impact. This time around we had about 70 countries represented here. While last year the major highlights were from Europe, now we had a stronger representation from outside the continent – deputy foreign ministers of Japan, India, Jordan, former foreign minister of Turkey. The second feature, and that is a continuous one, is that that every year we say the security situation is getting worse. Crises don’t get solved, only deepen ever more. I feel that pessimism about the future has gradually increased at the conference. Which is not a good message, but it shows how important it is for this community to meet and share information.

TSS: But when you invite the representative of the Turkish government, they have no opposition, which means it’s not the full picture.
RV: Not quite. We only have few official speeches at the conference. There is no room for PR. This is a conference where we have the representative of Turkey sitting on a discussion with some western think tanker, for instance. The discussions are much livelier, and clashes are frequent. The conference is not unified as for opinions. Plus, many informal meetings take place behind the closed doors, where people tell each other even more. 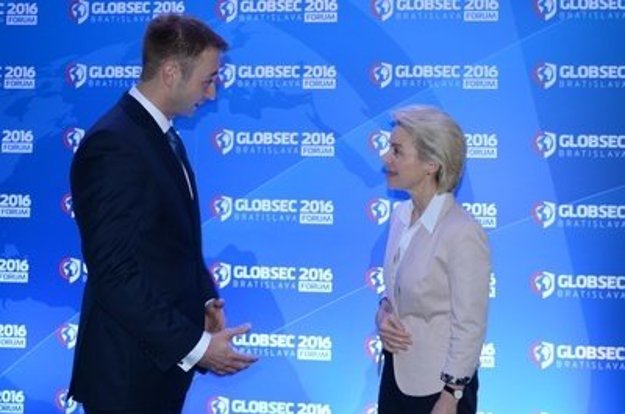 TSS: Do politicians reflect the results of these meetings and discussions in their decisions?
RV: Yes, but this is hard to measure. Here in Slovakia it’s not as common as in the western Europe that before hard decisions are made, they get consulted with NGOs too. In the west, many policies were written by think tanks, NGOs. In functioning democracies it is common for experts to rotate among the government and the NGOs. Former governmental representatives come to think tanks, and vice versa. Our foreign minister also organises consultations with NGOs because he wants to hear their stances. In general is hard to measure how much the decisions are a result of the decision-maker's own personal reflection or of these consultations. In dictatorships it is much less predictable, because there the whole process happens in the head of one person.

TSS: Why is it worthwhile for a Japanese deputy minister to come to Globsec?
RV: We do have a history that we can lean on. Representatives from Japan and India come here not just to meet Slovak representatives, but they know they will meet representatives of other countries here, the United States, the Balkans, the EU. This place is often important to them. Even though they are geographically distant, there are still ties, economic and security ones. Globalisation erases borders. Five years ago we thought that whatever happens in the Middle East is too far to stir our interest. But with the refugee crisis now we can see that’s not true. The unstable situation mainly in Syria caused people lose their homes and flee the war. Nowadays it is an internal political affair for almost every European country.

TSS: But experts must have known that the Arab Spring would bring unrest. Isn’t it a mistake that it did not become an internal political affair back then already?
RV: It is. But how does politics work? What wins you elections in a democracy with a four-year political cycle? As a citizen, you mainly care whether you have a job, and what your health care and your education system is like. And politicians care about being elected. So they automatically react to issues that the voters react to. And since the voters do not react to issues that seem distant to them, it is a normal reflex for politicians not to deal with them. And then there are visionaries, or leaders, who feel the responsibility towards their country and who know they have to deal with things that do not concern them at the moment, but will later prove to have an economic, political, and security impact on their country. The political reflex is however simple: you feel threatened, so security issues become issues of internal politics.

TSS: Are politicians better prepared for the conference now, are they more interested?
RV: These platforms are important to them. Nowadays these issues have also become the issues that can win or lose them elections. And there are politicians who turn the issue around, for their internal political interests. I consider this part of the democratic reflex. But we must keep in mind where the line that mustn’t be crossed is.

TSS: The politicians who come to Globsec are visionaries or those who follow election cycles?
RV: Attending Globsec does not win or lose elections to any politician. So by turning up they indicate they feel the responsibility for the international and security affairs, and other global topics.

TSS: How do you view the public’s perception of the security issues today?
RV: The whole debate taking place in central Europe and beyond is to some extent legitimate, but also very dangerous. It wakes ghosts that we had had here in the first half of the 20th century. We are unable to learn from them. Also at Globsec, many participants were saying in private talks how the situation often resembles the one in 1930s: the unpredictable development, political establishment that believes it cannot be defeated, radicals from both left and right, everybody is surprised, many downplay it, traditional political parties are unable to react to the concrete demands of the electorate. What I think makes it even worse now is that we’ve got the information revolution. The importance of traditional media significantly dropped and the importance of social media on the internet in turn increased. There, it’s enough for someone to give some trustworthy name to their website, someone finances it from abroad, with a very concrete interest, it is liked by 1,000 or 10,000 people, and it becomes the truth. People stop seeing the difference between truth and lies, and this impacts their political behaviour. They no longer check whether some information comes from a relevant source. The aim of the propaganda and of information war is not to win the argument, but rather to make people insecure, to crack their trust in the system, to make them passive.

TSS: Is there a chance people from the other side could take the floor at Globsec? Can you imagine that Noam Chomsky would speak, or that Ahmadinejad and Putin would take part in a discussion?