But the mechanism is only part of the reforms to the EU asylum system, analysts say. 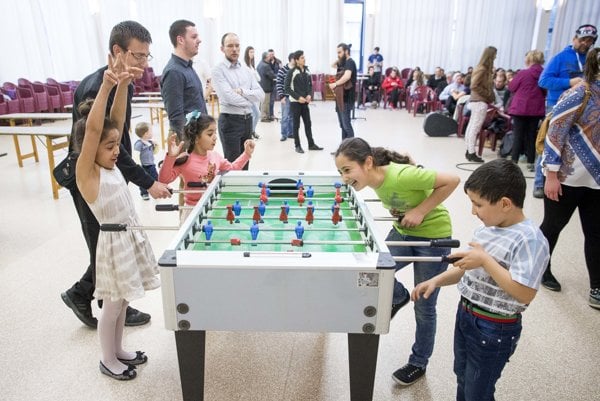 After Slovakia did not want to support the quota mechanism last year and even filed a lawsuit against the Council of the EU, it now disagrees with the latest plan for countries unwilling to join the relocation scheme to pay for migrants. Analysts, however, say it will have to start discussing ways to tackle the migration crisis.

The European Commission introduced the reform to the European asylum system, whose aim is to create “a fairer, more efficient and more sustainable system for allocating asylum applications among member states”, in early May. Among the most controversial provisions is a corrective allocation mechanism, under which every country refusing to take refugees within the relocation scheme will have to pay €250,000 per person.

“It is a mechanism for crisis scenarios,” political analyst Vladimír Bilčík of the Slovak Foreign Policy Association, who also ran for the Sieť party in the parliamentary elections, told The Slovak Spectator, stressing it should be used only if some EU member states are flooded with an extremely high number of migrants.

The new system should automatically establish when a country is handling a disproportionate number of asylum applications, referring to a country’s size and wealth. If the number is above and beyond that reference, all further new applicants in that country will be relocated across the EU until the number of applications is back below that level.

Though the countries will be able to temporarily not take part in the reallocation, they will have to make a “solidarity contribution” to the country to which the person is relocated.

Analysts, however, are critical over limiting the whole discussion to this specific topic. They stress that it is only the beginning of the discussion concerning the entire reform. The talks may take several months, or even years, Bilčík opines.

Both coalition and opposition MPs disagree with the compensation mechanism and Interior Minister Robert Kaliňák has already said Slovakia will not support it.

Kaliňák called the motion a backward step that does not reflect reality. Moreover, it is tabled at a time when the migration flow across the western Balkans has been stopped and an agreement with Turkey on returning migrants concluded.

“All of these facts represent instances of consensus that came into existence with great difficulty against the backdrop of the migration crisis and suddenly – in the midst of these extremely sensitive talks – a motion is tabled that takes us back nine months,” Kaliňák said, as quoted by the TASR newswire.

He pointed out that the proposal has to navigate a long political path ahead before coming into effect and the way is blocked by EU member states and the European Parliament.

“I’m telling you straight away that Slovakia won’t support the proposal, but we’re always striving to have the largest possible number of countries seek sensible solutions,” said the minister, who does not expect the proposal to win support from many countries.

The opposition SaS party even considers it a serious violation of EU rules, said its chair and MEP Richard Sulík, as reported by the SITA newswire.

“For me it is very sad that the discussion is curbed only to the fairness mechanism in case of emergency and solidarity contribution,” she told SITA, stressing that the first question should have been whether the reform is complying with basic human rights.

Zuzana Gabrižová, editor-in-chief of the Euractiv.sk website, told the private news channel TA3 that the other provisions in the proposal should in fact prevent a crisis scenario, within which the fairness mechanism will be used.

Regarding the proposed sum, Števulová says that it should cover the costs other member states that take in refugees instead will have to pay for the asylum process and subsequent integration. If the countries want to discuss the proposal, they should talk about whether the sum is adequate or whether it should be fixed or varied, based on the country which takes the refugees.

Bilčík says that if Slovakia wants to refuse the current proposal, it should come with some alternative proposal.

“It is necessary to approach this problem constructively,” he added. “If it is something problematic to our region, we should offer other potential solutions to the crises which may emerge in the future.”

It will not be the first time Slovakia has refused to accept the EC’s proposal. The country has already protested against the mandatory quotas mechanism and filed a lawsuit against the Council of the EU regarding the matter in December 2015.

The EC would welcome if Slovakia dropped the lawsuit. If this happened before it takes the presidency, The EC would consider it a positive signal from the country, EC Vice-President for Energy Union Maroš Šefčovič told the private broadcaster Rádio Expres.

The migration crisis will be one of the main topics of Slovakia’s presidency. Šefčovič opines that the member states should target the provisions that unite them rather than divide them. In the case of Slovakia, the country should focus on greater integration of refugees, as it did with families of Assyrian Christians from Iraq who arrived in the country in late 2015.

“Slovakia should emphasise all the things for which it’s willing to do a lot, mainly in the areas of external border protection,” Šefčovič told Rádio Expres. “I think that we’ll look for a positive way to integrate refugees, just like in the case of some Syrian families.”

Also Bilčík stressed that Slovakia will have to adopt a broader view in the migration topic during its presidency as it will have to guard the European, and not only national, interests.

Unlike the pre-election period, there is now room to open a more rational debate on migration, which will be based on proper facts and, most of all, reality, he opines.

“And the reality is that what we experienced last year does not have to be a crisis situation,” Bilčík continued, stressing it may be a new phenomenon that more people will come into the EU as their countries will be less stable and less safe.

Slovakia may, for example, focus on its possibilities of accepting asylum seekers who want to come here on a voluntary principle, like it did in the case of Assyrian families.

“The symbolic gestures and friendly approach are not in numbers, but in a way how the topic is communicated,” Bilčík said. “It may mean a lot in the fight for the final form of the law.”